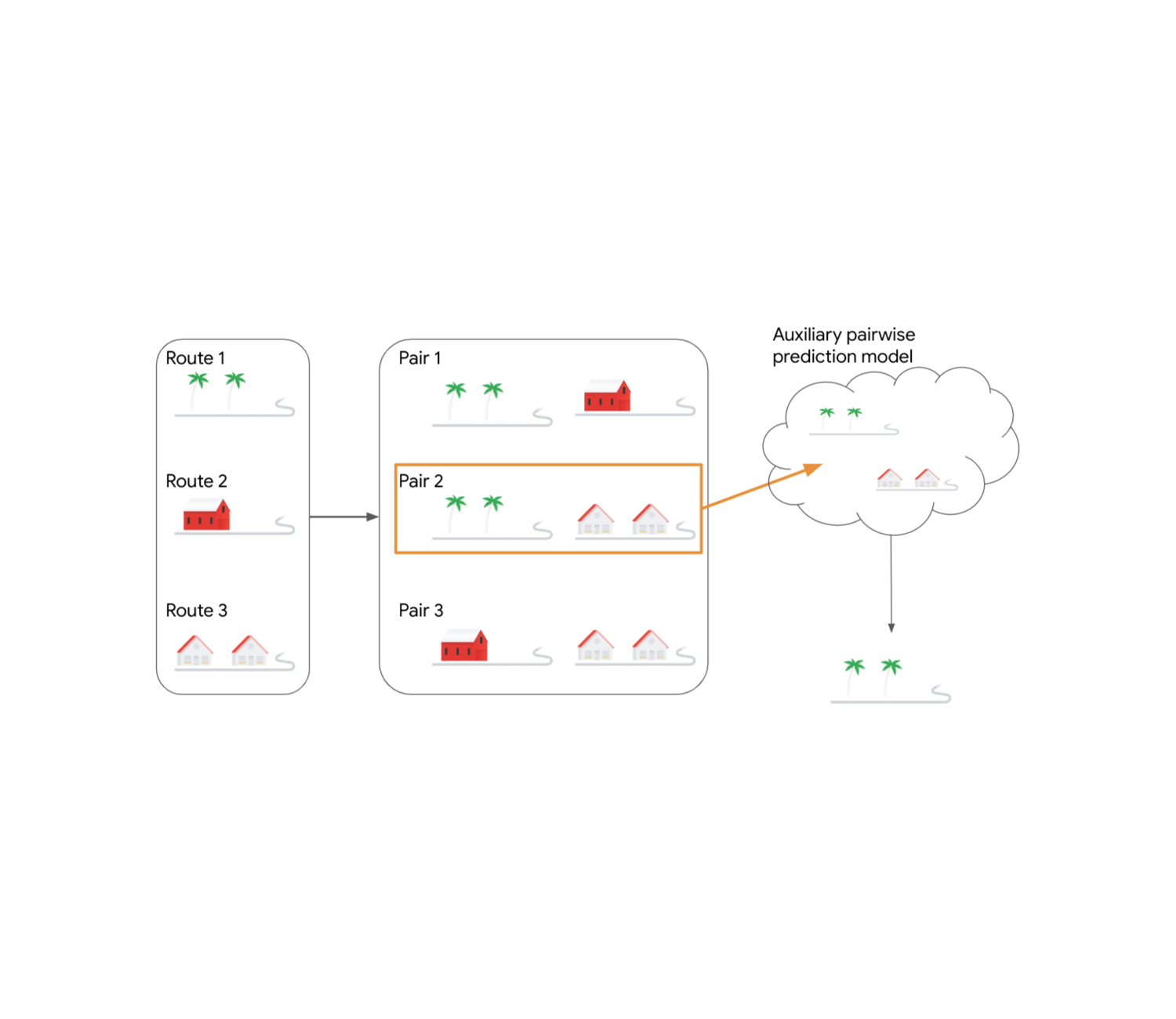 In many computing applications the system needs to make decisions to serve requests that arrive in an online fashion. Consider, for instance, the example of a navigation app that responds to driver requests. In such settings there is inherent uncertainty about important aspects of the problem. For example, the preferences of the driver with respect to features of the route are often unknown and the delays of road segments can be uncertain. The field of online machine learning studies such settings and provides various techniques for decision-making problems under uncertainty.

A very well known problem in this framework is the multi-armed bandit problem, in which the system has a set of n available options (arms) from which it is asked to choose in each round (user request), e.g., a set of precomputed alternative routes in navigation. The user’s satisfaction is measured by a reward that depends on unknown factors such as user preferences and road segment delays. An algorithm’s performance over T rounds is compared against the best fixed action in hindsight by means of the regret (the difference between the reward of the best arm and the reward obtained by the algorithm over all T rounds). In the experts variant of the multi-armed bandit problem, all rewards are observed after each round and not just the one played by the algorithm.

These problems have been extensively studied, and existing algorithms can achieve sublinear regret. For example, in the multi-armed bandit problem, the best existing algorithms can achieve regret that is of the order √T. However, these algorithms focus on optimizing for worst-case instances, and do not account for the abundance of available data in the real world that allows us to train machine learned models capable of aiding us in algorithm design.

In “Online Learning and Bandits with Queried Hints” (presented at ITCS 2023), we show how an ML model that provides us with a weak hint can significantly improve the performance of an algorithm in bandit-like settings. Many ML models are trained accurately using relevant past data. In the routing application, for example, specific past data can be used to estimate road segment delays and past feedback from drivers can be used to learn the quality of certain routes. Models trained with such data can, in certain cases, give very accurate feedback. However, our algorithms achieve strong guarantees even when the feedback from the model is in the form of a less explicit weak hint. Specifically, we merely ask that the model predict which of two options will be better. In the navigation application this is equivalent to having the algorithm pick two routes and query an ETA model for which of the two is faster, or presenting the user with two routes with different characteristics and letting them pick the one that is best for them. By designing algorithms that leverage such a hint we can: Improve the regret of the bandits setting on an exponential scale in terms of dependence on T and improve the regret of the experts setting from order of √T to become independent of T. Specifically, our upper bound only depends on the number of experts n and is at most log(n).

Our algorithm for the bandits setting utilizes the well known upper confidence bound (UCB) algorithm. The UCB algorithm maintains, as a score for each arm, the average reward observed on that arm so far and adds to it an optimism parameter that becomes smaller with the number of times the arm has been pulled, thus balancing between exploration and exploitation. Our algorithm applies the UCB scores on pairs of arms, mainly in an effort to utilize the available pairwise comparison model that can designate the better of two arms. Each pair of arms i and j is grouped as a meta-arm (i, j) whose reward in each round is equal to the maximum reward between the two arms. Our algorithm observes the UCB scores of the meta-arms and picks the pair (i, j) that has the highest score. The pair of arms are then passed as a query to the ML auxiliary pairwise prediction model, which responds with the best of the two arms. This response is the arm that is finally used by the algorithm.

Our algorithm for the experts setting takes a follow-the-regularized-leader (FtRL) approach, which maintains the total reward of each expert and adds random noise to each, before picking the best for the current round. Our algorithm repeats this process twice, drawing random noise two times and picking the highest reward expert in each of the two iterations. The two selected experts are then used to query the auxiliary ML model. The model’s response for the best between the two experts is the one played by the algorithm.

Our algorithms utilize the concept of weak hints to achieve strong improvements in terms of theoretical guarantees, including an exponential improvement in the dependence of regret on the time horizon or even removing this dependence altogether. To illustrate how the algorithm can outperform existing baseline solutions, we present a setting where 1 of the n candidate arms is consistently marginally better than the n-1 remaining arms. We compare our ML probing algorithm against a baseline that uses the standard UCB algorithm to pick the two arms to submit to the pairwise comparison model. We observe that the UCB baseline keeps accumulating regret whereas the probing algorithm quickly identifies the best arm and keeps playing it, without accumulating regret.

In this work we explore how a simple pairwise comparison ML model can provide simple hints that prove very powerful in settings such as the experts and bandits problems. In our paper we further present how these ideas apply to more complex settings such as online linear and convex optimization. We believe our model of hints can have more interesting applications in ML and combinatorial optimization problems.