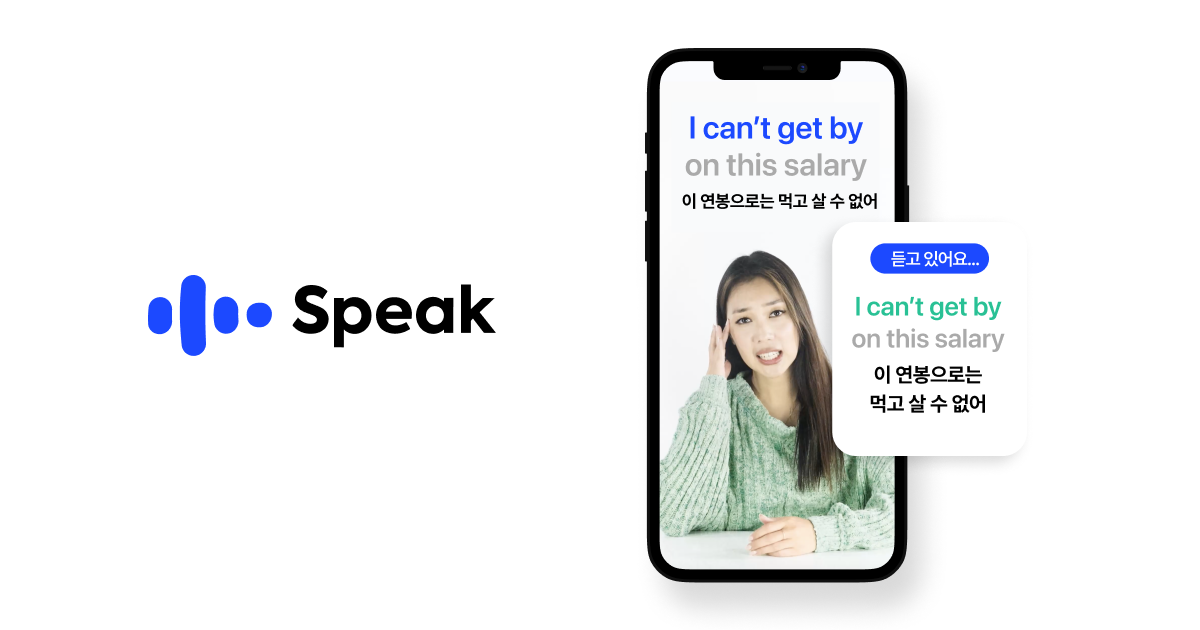 Speak, an English language learning platform with AI-powered features, today announced that it raised $27 million in a Series B funding round led by the OpenAI Startup Fund, with participation from Lachy Groom, Josh Buckley, Justin Mateen, Gokul Rajaram and Founders Fund. Notably, Speak is the third startup in which OpenAI, the AI lab closely aligned with Microsoft, has publicly invested through its fund — the others being Descript and Mem.

“We are very excited to partner with the outstanding team at Speak, who are well-positioned to deliver on this powerful application of generative AI — making language learning effective and accessible,” Brad Lightcap, OpenAI’s COO and the manager of the OpenAI Startup Fund, said in a statement. “Speak has the potential to revolutionize not just language learning, but education broadly, and this aligns with the OpenAI Startup Fund’s goal of accelerating the impact of powerful AI to improve people’s lives.”

Speak was founded in 2016 by Connor Zwick and Andrew Hsu, both of whom had an acute interest in AI from an early age. Hsu has a health background, having completed a neuroscience PhD at Stanford before joining Zwick to co-launch Speak. Zwick came from the edtech industry — he sold his first startup, the flashcard app Flashcards+, to Chegg in 2013 after dropping out of Harvard.

Zwick and Hsu met through The Thiel Fellowship originally, Hsu being in the first cohort and Zwick in the second. (Note that Founders Fund, which Thiel co-founded, pledged cash toward Speak’s Series B.) Prior to starting Speak, the two spent a year studying and researching machine learning and developing accent detection algorithms using YouTube videos as training data.

“Most language learning software can help with the beginning part of learning basic vocabulary and grammar, but gaining any degree of fluency requires speaking out loud in an interactive environment,” Zwick told TechCrunch in an email interview. “To date, the only way people can get that sort of practice is through human tutors, which can also be expensive, difficult and intimidating.”

Speak’s solution is a collection of interactive speaking experiences that allow learners to practice conversing in English. Through the platform, users can hold open-ended conversations with an “AI tutor” on a range of topics while receiving feedback on their pronunciation, grammar and vocabulary.

The premise might sound like Duolingo and some of the other AI-powered language learning apps out there, such as Yanadoo, ELSA and Loora. But Zwick insists that Speak’s AI tech is superior to most.

“Under the hood, we combine the latest from OpenAI with in-house models to deliver the best performance across speech recognition, speech generation and conversation generation,” he said. “We’re able to provide feedback on things like pronunciation and more natural vocabulary and syntax using [our] models … We are accumulating a substantial data set of second-language labeled speaking examples, which enables us to uniquely deliver state-of-the-art speech models for foreign accented speakers.”

Whether that’s true is up for debate. Speak didn’t provide any empirical data showing its platform outperforms rivals. But what Speak does demonstrably have is early momentum. It’s one of the top education apps in Korea on the iOS App Store, with over 15 million lessons started annually, 100,000 active subscribers and “double-digit million” annual recurring revenue.

Speak offers auto-renewing monthly and annual subscriptions, both of which provide access to courses, electives and review content in addition to the AI-guided practice sessions.

For Speak’s next act, the company plans to expand to new languages and markets, including Japan, and invest in features that leverage text-generating models like OpenAI’s GPT-3.

“The pandemic accelerated remote work and the expansion of global, distributed teams, meaning there’s even more demand for people around the world to speak the same language. It’s also driven demand for new solutions more oriented around remote or programmatic experiences as opposed to in-person instruction.” Zwick added. “Speak has remained fairly lean and has multiple years of runway enabling it to control its own destiny regardless of the fundraising environment over the next few years.”

Currently, Speak has 40 employees across offices in San Francisco (its headquarters), Seoul and Ljubljana, Slovenia. Zwick says that the new funding, which brings Speak’s total raised to “just over” $47 million, will be put toward expanding the company’s engineering, machine learning, product, marketing, content and operations departments.