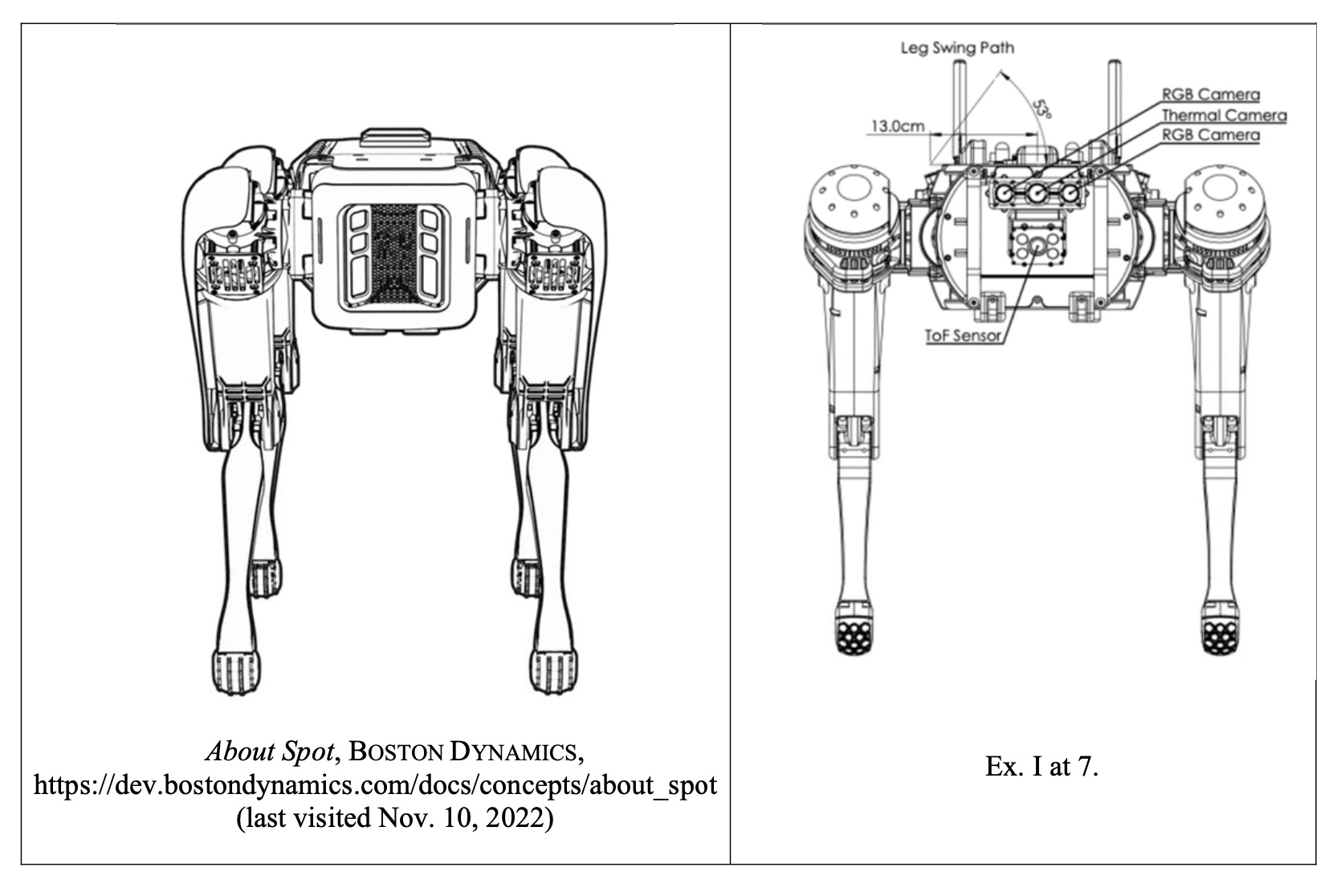 A legal dispute over robotic patents is devolving into a war of words, as Ghost Robotics fires back against Boston Dynamics. The Philadelphia firm calls the suit both “obstructive and baseless” in a statement sent to TechCrunch. It notes, in part,

Ghost Robotics’ success has not gone unnoticed by Boston Dynamics. Rather than compete on a level playing field, the company chose to file an obstructive and baseless lawsuit on November 11th in an attempt to halt the newcomer’s progress. Boston Dynamics is drawing on their considerably larger resources to litigate instead of innovate.

Ghost’s statement, in which it refers to itself as “the number one supplier of legged robots to US and Allied Governments,” follows press reports of a lengthy suit filed by Boston Dynamics in a Delaware court. It adds that the company has its roots in its own legged robotic research, writing, “Ghost Robotics was born out of the PhD research of CTO Avik De and CEO Gavin Kenneally, under the tutelage of the esteemed Prof. Dan Koditschek at The University of Pennsylvania. Prof. Koditschek is a pioneer in the field of legged robots and holds the patent (jointly with his former students, Martin Buehler and Uluc Saranli) for the first battery-powered, dynamic legged robot, RHex (US6481513B2, filed March 14, 2001).”

On Tuesday, Spot’s maker told TechCrunch that it doesn’t comment on pending lawsuits, but added,

Innovation is the lifeblood of Boston Dynamics, and our roboticists have successfully filed approximately 500 patents and patent applications worldwide. We welcome competition in the emerging mobile robotics market, but we expect all companies to respect intellectual property rights, and we will take action when those rights are violated.

In the suit, Boston Dynamics cites multiple letters, including cease and desists, calling on Ghost to suspend the manufacture of its own four-legged dog robots over several alleged patent violations.

It’s not the first time to two companies have butted heads. Ghost made national headlines after images surfaced of one of its dog robots sporting a SWORD Defense Systems Special Purpose Unmanned Rifle (SPUR).

A drawing from Boston Dynamics’ suit

The company’s then-CEO Jiren Parikh (who passed away in March of this year) told TechCrunch at the time,

We don’t make the payloads. Are we going to promote and advertise any of these weapon systems? Probably not. That’s a tough one to answer. Because we’re selling to the military, we don’t know what they do with them. We’re not going to dictate to our government customers how they use the robots.

Last month Boston Dynamics joined a number of follow robotics firms in an open letter condemning the practice of weaponizing robotics. The letter notes, in part,

We believe that adding weapons to robots that are remotely or autonomously operated, widely available to the public, and capable of navigating to previously inaccessible locations where people live and work, raises new risks of harm and serious ethical issues. Weaponized applications of these newly-capable robots will also harm public trust in the technology in ways that damage the tremendous benefits they will bring to society.

Boston Dynamics is seeking unspecified damages in its suit.