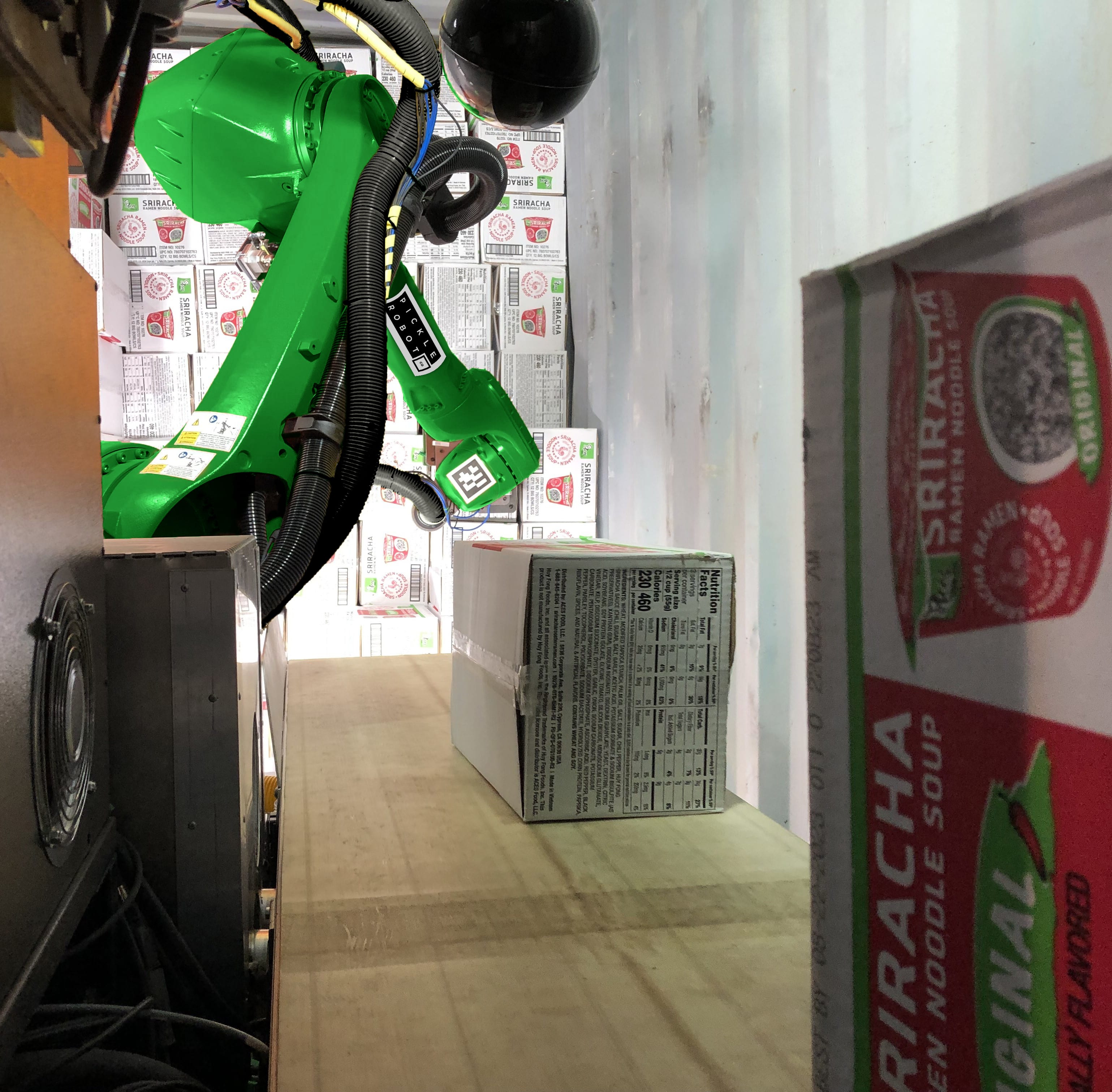 Fulfillment has arguably been the hottest robotics category over the past two years, as companies have looked to stay competitive with Amazon, even amid ongoing labor shortages. Still, one of the most important links in the chain remains one of the least addressed. Truck unloading isn’t a particularly easy problem to solve, but Pickle Robot Company is single-mindedly focused on it.

When I paid a trip to the company’s offices on my trip to Boston last week, Pickle pointed out precisely how large of a problem this has become. Warehouse jobs are tough enough to fill these days, but unloading pallets and trucks bring their own spate of issues, including repetitive heavy lifting and wildly fluctuating temperatures. Imagine stepping foot inside a shipping container that’s been sitting in direct sunlight all day.

Traditional heavy equipment like forklifts come with their own issues. The company describes their offering thusly, “Pickle is founded by a cast of MIT alumni. We are teaching off-the-shelf robot arms how to pick up boxes and play Tetris.” The company notes that it has “unload[ed] tens-of-thousands of packages per month at customer sites,” primarily in Southern California. The work thus far has been part of a pilot with United Exchange Corporation, which has deployed the system in a distribution center.

“Customer interest in Pickle unload systems has been incredibly strong, and now that we have our initial unload systems out of the lab and into customer operations we have a clear path to broad commercialization,” said founder and CEO AJ Meyer. “The early customer deployments, financing and leadership additions set the stage for us to accelerate customer acquisition and build the company infrastructure we need to deliver more systems to more customers in the coming months.”

That last bit is especially important. As you’re most likely aware, now is not a great time to be raising — even in a booming category like warehouse automation. But given the size and breadth of Pickle’s testing, putting funding off in hopes of better economic conditions isn’t necessarily an option when you’ve got product to deliver.

And besides, Pickle’s not the only game in town either, figuratively or literally. Boston Dynamics notably chose truck unlocking as the focus for its second commercialized robot, Stretch. Unlike that solution, however, Pickle’s is tethered. Agility has also explored truck unloading for its Digit robot. Even with that added competition, we’re talking about a huge total addressable market, with room for more than one player.