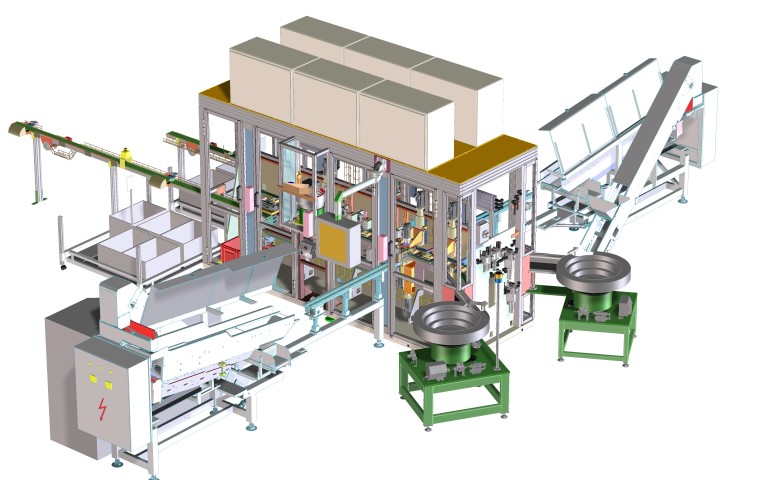 Amazon has made a string of startup acquisitions over the years to build out its robotics business; now, the e-commerce leviathan is taking an interesting turn in that strategy as it expands its industrial warehouse capabilities. Amazon has announced that it is acquiring Cloostermans, a company out of Belgium that is a specialist in mechatronics — specifically, technology to move and stack heavy palettes and totes, and robotics used to package products together for customer orders. Amazon has been using those products as a customer of Cloostermans’ since 2019; it’s making the acquisition to ramp up its mechatronics’ R&D and deployment.

“We’re thrilled to be joining the Amazon family and extending the impact we can have at a global scale,” said Frederik Berckmoes-Joos, CEO of Cloostermans, in a statement. “Amazon has raised the bar for how supply chain technologies can benefit employees and customers, and we’re looking forward to be part of the next chapter of this innovation.”

Notably, Cloostermans is no startup, nor is it a typical M&A target for a tech leviathan: it was founded in 1884 and has been privately held for the last six generations.

Amazon is not disclosing the financial terms of the deal, but it will see some 200 machinists, engineers and others from Cloostermans join Amazon.

Amazon has been expanding its robotics work in Europe in recent years, including opening a robotics innovation lab in Italy and operating R&D facilities in Germany; and as you can see from its job board, it’s hiring aggressively in robotics in both of those places and elsewhere. Now you can add operations in Belgium to that list: Amazon will continue to operate out of Cloostermans’ facilities in a town called Hamme after the deal completes (no details on the timing for that close).

It doesn’t look like Cloostermans had any outside investment. You could say it was “bootstrapped” although I’m not even sure you can apply that term to a family-owned company as old as this one. From what I understand Amazon has been one of Cloistermans’ biggest customers; its other clients will continue to be served until the end of their existing contracts — meaning, those may not get renewed as Amazon ramps up its engagement with the business.

Amazon’s robotics ecosystems — which include both what it’s doing for its industrial warehouse operations, as well as products that are more directly connected to consumers and customer experience — has been built up over the years through a mix of acquisitions, internal development and partnerships with third parties.

The consumer branch has included the acquisition of iRobot earlier this year for $1.7 billion, and Dispatch was picked up in 2019 to build its autonomous delivery robot Scout. Meanwhile, some of the key acquisitions to build out its industrial business have included the $775 million acquisition of Kiva in 2012 and Canvas Technology in 2019 for just over $100 million.

The Kiva deal in particular has resulted in some 520,000 robotic drive units distributed across warehouses worldwide and some 1 million related jobs, Amazon said in its blog post. Kiva has also been central to the development of Proteus, an autonomous mobile warehouse robot that it unveiled earlier this year.

All that has been complemented by internal development an extensive network of third-party partnerships. Cloostermans was part of the latter category, building machines to automate packing orders and moving boxes of products from one place to another for that purpose. Amazon wanted to take it in house because it’s planning to expand its capacity to design and build those kinds of machines and how it uses them in its warehouses. (I’ve asked but have not had any insight into whether that will be for non-perishable items, or for electronics, or for delicate products like food for its ever-growing grocery business. Feasibly, the idea could be to develop for all of those, and even for scenarios where items might be packed up for customers in retail locations.) 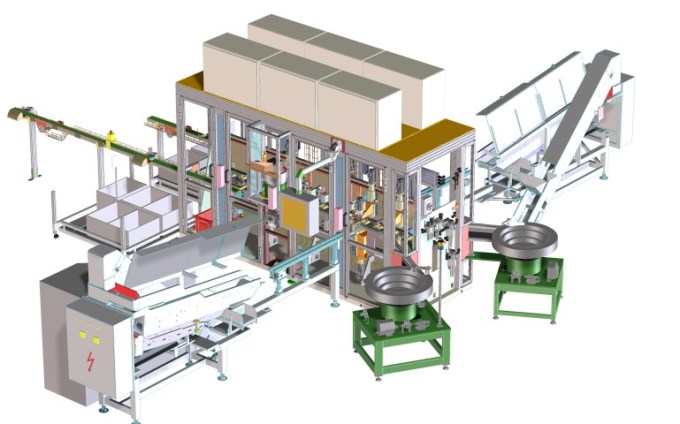 “Amazon’s investments in robotics and technology are supporting how we build a better and safer workplace for our employees and deliver for our customers,” said Ian Simpson, vice president of Global Robotics at Amazon, in a statement. “As we continue to broaden and accelerate the robotics and technology we design, engineer and deploy across our operations, we look forward to welcoming Cloostermans to Amazon and are excited to see what we can build together.”

The bigger picture for Amazon is that it will likely be doing a lot more in warehouse robotics in the years ahead to meet the demands of its ever-expanding e-commere operation.

An internal report at the company leaked earlier this year to Vox projected that Amazon is facing a major shortage of workers in its warehouses — not necessarily because of the labor disputes its been facing in various markets, but because it’s running out of people to hire. The report suggested that alongside higher wages, further automation could be one way to offset that crisis. Deals like this one to acquire Cloostermans and ramp up its usage of robotics in those warehouses would fit into that strategy.

Amazon is buying Cloostermans, a mechatronics specialist in Belgium, to ramp up its robotics operations by Ingrid Lunden originally published on TechCrunch