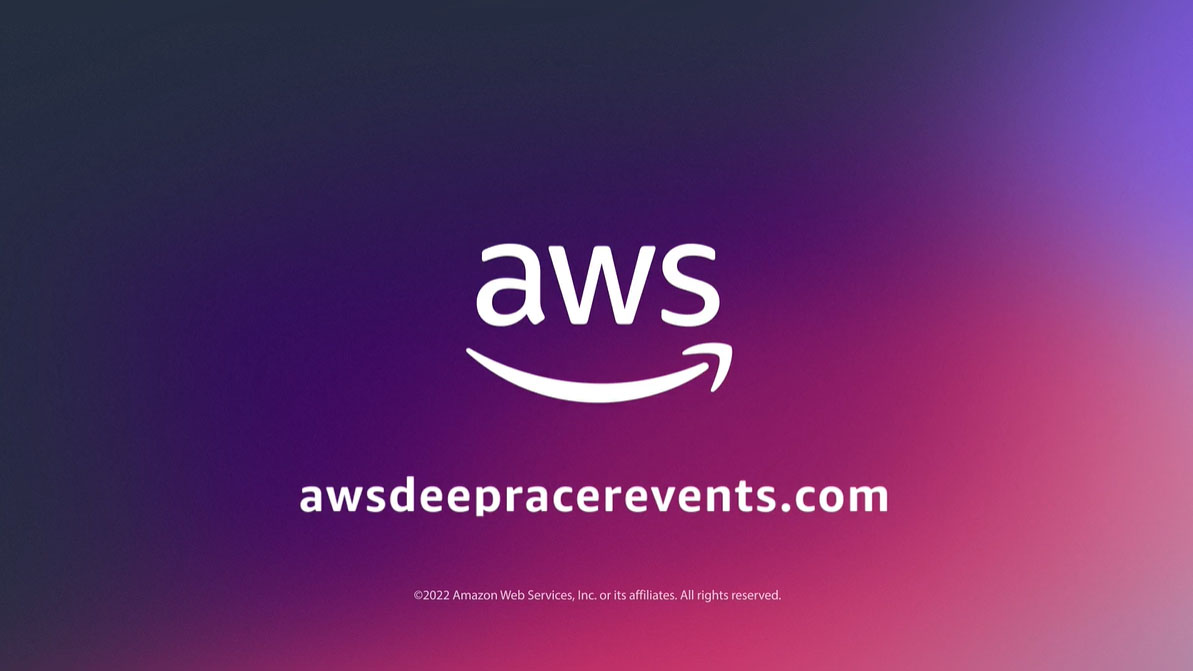 In the end, it came down to 213 thousandths of a second! That was the difference between the two best times in the finale of the first AWS AWS DeepRacer Student Wildcard event hosted in Ottawa, Canada this May.

I watched in awe as 13 students competed in a live wildcard race for the AWS DeepRacer Student League, the first global autonomous racing league for students offering educational material and resources to get hands on and start with machine learning (ML).

Students hit the starting line to put their ML skills to the test in Canada’s capital where members of parliament cheered them on, including Parliamentary Secretary for Innovation, Science and Economic Development, Andy Fillmore. Daphne Hong, a fourth-year engineering student at the University of Calgary, won the race with a lap time of 11:167 seconds. Not far behind were Nixon Chan from University of Waterloo and Vijayraj Kharod from Toronto Metropolitan University.

Daphne was victorious after battling nerves earlier in the day when she took practice runs as she struggled turning the corners and quickly adjusted her model. “After seeing how the physical track did compared to the virtual one throughout the day, I was able to make some adjustments and overcome those corners and round them as I intended, so I’m super, super happy about that,” said a beaming Daphne after being presented with her championship trophy.

Daphne also received a $1,000 Amazon Canada Gift Card, while the second and third place racers — Nixon Chan and Vijayraj Kharod — got trophies and $500 gift cards. The top two contestants now have a chance to race virtually in the AWS DeepRacer Student League finale in October. “The whole experience feels like a win for me,” said DeepRacer participant Connor Hunszinger from the University of Alberta.

The event not only highlighted the importance of machine learning education to Canadian policymakers, but also made clear that these young Canadians could be poised to do great things with their ML skills.

The road to the Ottawa Wildcard

This Ottawa race is one of several wildcard events taking place around the world this year as part of the AWS DeepRacer Student League to bring students together to compete live in person. The top two finalists in each Wildcard race will have the opportunity to compete in the AWS DeepRacer Student League finale, with a chance of winning up to $5,000 USD towards their tuition. The top three racers from the student league finale in October will advance to the global AWS DeepRacer League Championship held at AWS re:Invent in Las Vegas this December.

Students who raced in Ottawa began their journey this March when they competed in the global AWS DeepRacer Student League by submitting their model to the virtual 3D simulation environment and posting times to the leaderboard. From the student league, the top student racers across Canada were selected to compete in the wildcard event. Students trained their models in preparation for the event through the virtual environment and then applied their ML models for the first time on a physical track in Ottawa. Each student competitor was given one three-minute attempt to complete their fastest lap with only the speed of the car being controlled.

“Honestly, I don’t really consider my peers here my competitors. I loved being able to work with them. It seems more like a friendly, supportive and collaborative environment. We were always cheering each other on,” says Daphne Hong, AWS DeepRacer Student League Canada Wildcard winner. “This event is great because it allows people who don’t really have that much AI or ML experience to learn more about the industry and see it live with these cars. I want to share my findings and my knowledge with those around me, those in my community and spread the word about ML and AI.”

Machine learning talent is in hot demand, making up a large portion of AI job postings in Canada. The Canadian economy needs people with the skills recently on display at the DeepRacer event, and Canadian policymakers are intent on building an AI talent pool.

According to the World Economic Forum, 58 million jobs will be created by the growth of machine learning in the next few years, but right now, there are only 300,000 engineers with the relevant training to build and deploy ML models.

That means organizations of all types must not only train their existing workers with ML skills, but also invest in training programs and solutions to develop those capabilities for future workers. AWS is doing its part with a multitude of products for learners of all levels.

Cloud computing makes access to machine learning technology a lot easier, faster — and fun, if the AWS DeepRacer Student League Wildcard event was any indication. The race was created by AWS, as an enjoyable, hands-on way to make ML more widely accessible to anyone interested in the technology.

Get started with your machine learning journey and take part in the AWS DeepRacer Student league today for your chance to wins prizes and glory.

Nicole Foster is Director of AWS Global AI/ML and Canada Public Policy at Amazon, where she leads the direction and strategy of artificial intelligence public policy for Amazon Web Services (AWS) around the world as well as the company’s public policy efforts in support of the AWS business in Canada. In this role, she focuses on issues related to emerging technology, digital modernization, cloud computing, cyber security, data protection and privacy, government procurement, economic development, skilled immigration, workforce development, and renewable energy policy.