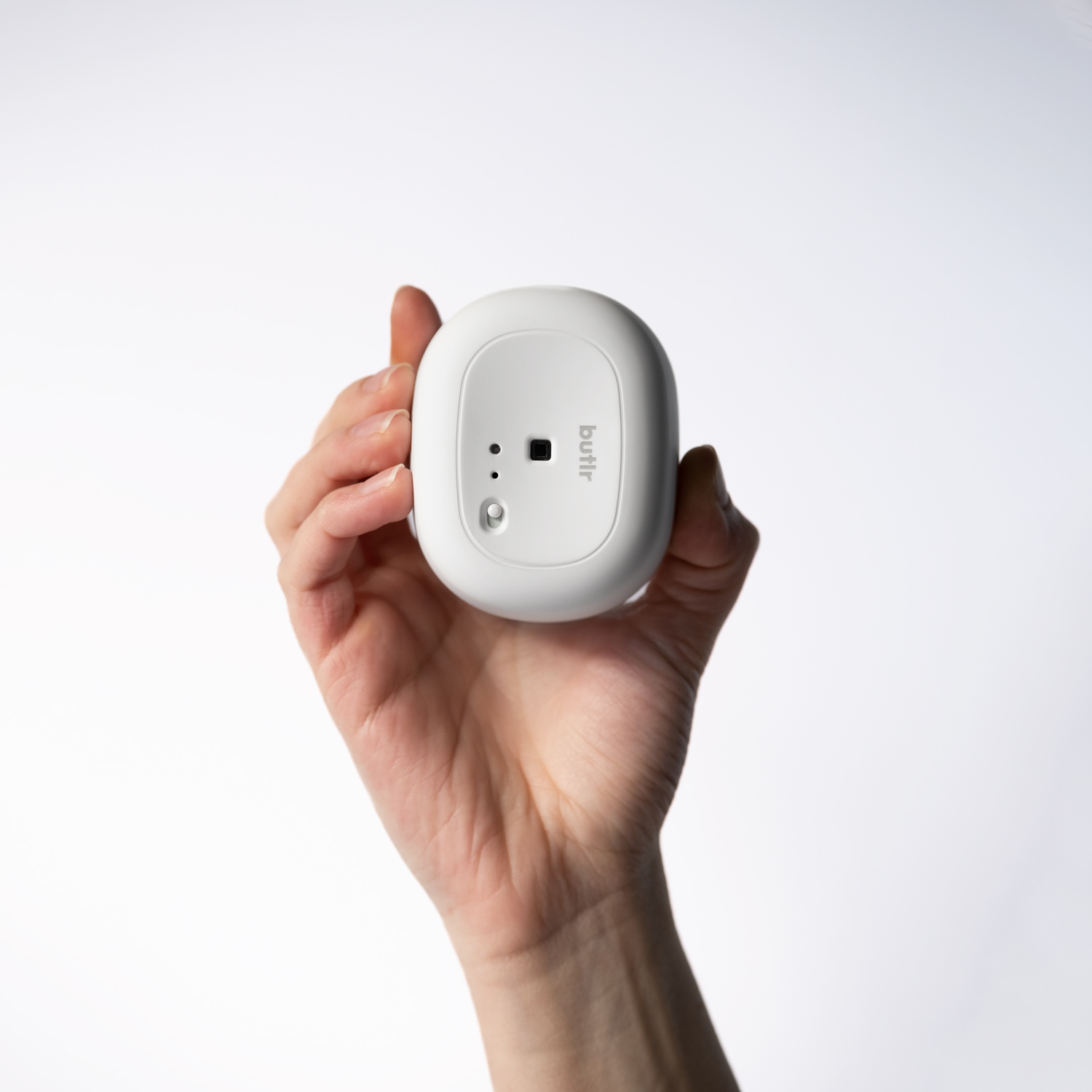 Deng asserts that many companies are flying blind when it comes to real estate. While they added heads during the pandemic, they now face economic headwinds that could — or already have — prompted hiring freezes and layoffs. With the lack of clarity on whether they should lease more space, reduce their footprint, use co-working spaces or all of the above, Deng said, it’s resulting in paused construction and office redesigns as companies figure how to accommodate employees’ needs while cutting costs.

According to a March AT&T poll, 72% of businesses lack clear hybrid work strategy.

“The pandemic brought home the need to understand occupancy and utilization data for real estate executives,” Deng told TechCrunch in an email interview. “Whereas pre-pandemic, they could assume everyone would be in every day of the week, that’s no longer the case. Real estate and workplace executives need to establish a new baseline and make data-driven decisions given the dollars at risk with regard to office space and employee productivity.”

He points to Butlr’s technology as the solution, which uses thermal sensing and AI to provide data on space occupancy and historical activity. The company’s sensors — which Deng and Butlr’s other co-founder, Jiani Zeng, developed while at MIT — don’t require networking equipment other than a Wi-Fi connection and hub and have a claimed “multiyear” battery life. Via a cloud dashboard and API, Butlr displays information like which areas of an office are the busiest and how many people have entered and exited a space.

One key advantage of Butlr’s sensors is that they preserves privacy, claims Deng. The palm-sized hardware captures only “temperature pixels” and nothing else, unlike, say, cameras.

“There are various sensing modalities to understand space occupancy and utilization, ranging from the old-school time and utilization studies (i.e., consultants with clipboards and clickers) to using Wi-Fi access points to cameras and more exotic lidar solutions,” Deng continued. “Each sensing modality has its advantages and limitations due to physics. The reason customers are choosing Butlr has to do with privacy, cost of ownership, time to value and flexibility.”

It’s worth noting that Butlr isn’t totally unique in its privacy-preserving approach. Density, a competitor, has long claimed that its sensors can only capture occupancy data and not information that might be used to identify a person.

Still, Deng says that Butlr’s hardware design and space-designing software was what won over many of its early customers.

“Commercial real estate and senior living are the first two industries to embrace Butlr’s technology, and the company is exploring opportunities for people sensing in additional markets,” Deng said. “Beyond using occupancy data for real estate decisions and planning, it’s also being used to understand and foster a better employee experience, and for smart buildings and facilities management. For instance, our partner Infogrid’s smart cleaning solution uses Butlr occupancy data to enable their customers to avoid cleaning areas that haven’t been used.”

As of last year, Butlr was exploring ways its sensors could be used to track activity, including walking speed, posture and quality of sleep in assisted care facilities. The company currently offers a “fall detection” service that flags “unusual” movement patterns, starting at $120 per sensor per year with discounts for volume purchases. 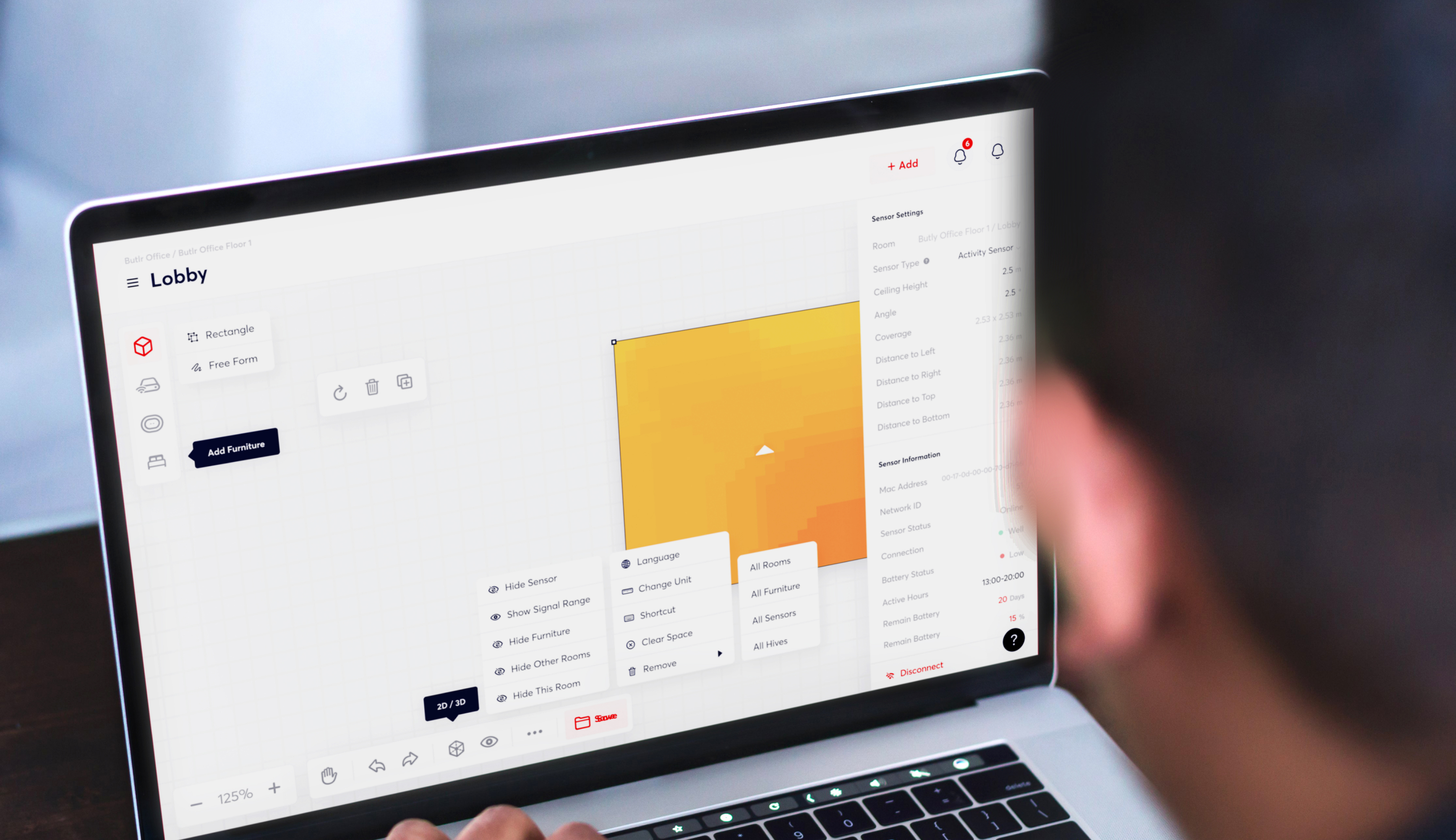 Beating back rivals like the aforementioned Density as well as VergeSense and CoWorkr (which was acquired last July), Butlr has managed to land a number of Fortune 500 customers including Georgia Pacific and Carrier, which plans to embed the startup’s tech into its Abound platform for real estate management.

When asked, Deng declined to give revenue numbers or even an estimate of Butlr’s customer base size. But he was adamant the company is well positioned for the remainder of 2022. despite the economic uncertainty.

“The office is a product. It has a value proposition with customers and substitutes — real estate is typically the second-largest line item for a company behind headcount” Deng said. “Just as one would never launch a product without instrumenting it to understand performance, so it should be with offices and buildings. All the more so given the uncertainty that hybrid work has posed on real estate executives.”

To date, Redwood City-based Butlr has raised $29.1 million in capital.