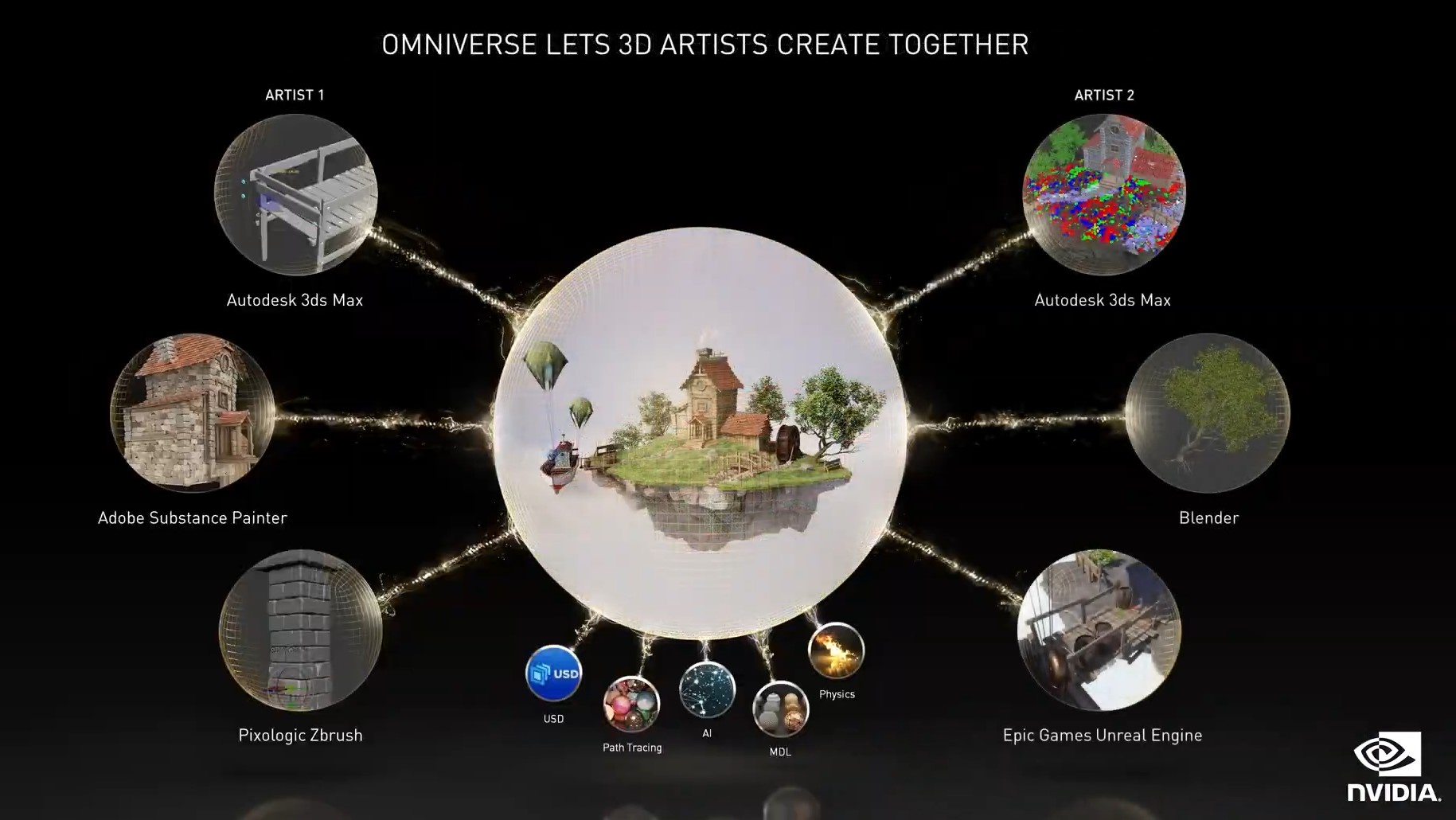 Omniverse is Nvidia’s platform for allowing creators, designers and engineers to collaboratively build virtual worlds. It’s the company’s platform that brings together design tools and assets from first- and third-party applications into a single hardware and software ecosystem. Until now, Omniverse and the various Nvidia tools that support it were in beta, but at CES today, the company took off the beta label and made Omniverse generally available to creators.

The company says Omniverse has already been downloaded by almost 100,000 creators and with today’s update, it is bringing a number of new features to the platform, too. These include the Omniverse Nucleus Cloud, a service for sharing large Omniverse 3D scenes that will make it possible for creators and clients to collaborate on scenes in a way that’s similar to working on a cloud-shared document (and without having to move a ton of data for every small change).

At the core of Omniverse is the Universal Scene Description format, wich makes it easy to import assets from a wide variety of existing tools. But sometimes, you just want a basic 3D asset and are willing to pay for it, so Nvidia also now added support for 3D marketplaces and libraries from the likes of TurboSquid by Shutterstock, CGTrader, Sketchfab and Twinbru in the Omniverse Launcher. Reallusion’s ActorCore, Daz3D and e-on software’s PlantCatalog will soon launch their own Omniverse-ready assets, too. 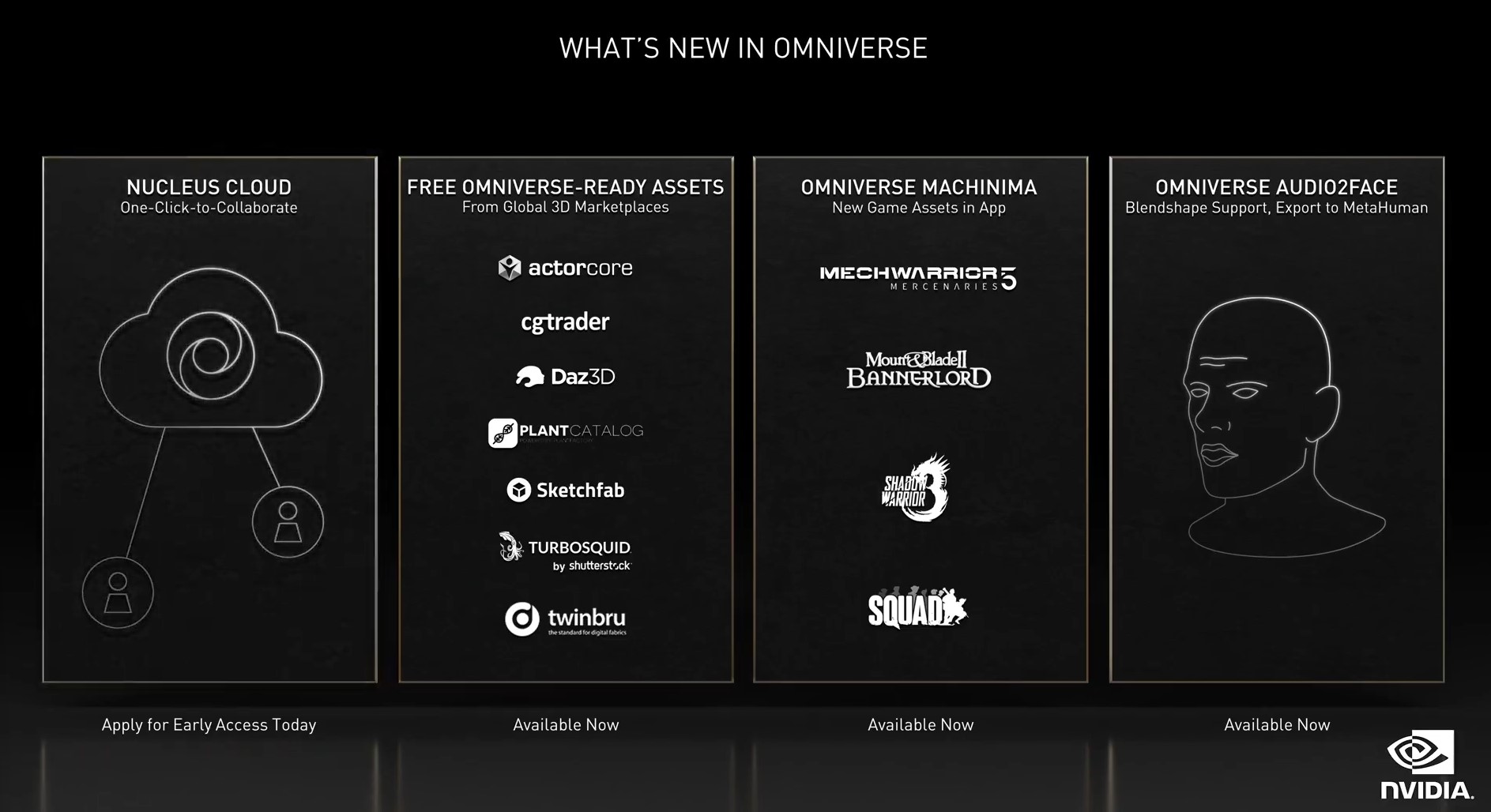 For free assets, Omniverse is expanding its set of Omniverse Machinima assets with new characters and objects from games like Shadow Warrior 3 and Mount & Blade II: Bannerlord.

And when you need your character to speak, Omniverse Audio2Face, an existing AI-enabled app that animates 3D faces with the help of an audiotrack, now features blendshape support and the ability to export directly to Epic’s MetaHuman Creator app.