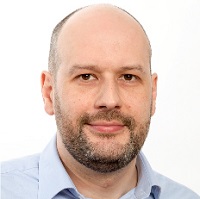 More companies are successfully exploiting predictive maintenance systems that combine AI and IoT sensors to collect data that anticipates breakdowns and recommends preventive action before break or machines fail, in a demonstration of an AI use case with proven value.

This growth is reflected in optimistic market forecasts. The predictive maintenance market is sized at $6.9 billion today and is projected to grow to $28.2 billion by 2026, according to a report from IoT Analytics of Hamburg, Germany. The firm counts over 280 vendors offering solutions in the market today, projected to grow to over 500 by 2026.

“This research is a wake-up call to those that claim IoT is failing,” stated analyst Fernando Bruegge, author of the report, adding, “For companies that own industrial assets or sell equipment, now is the time to invest in predictive maintenance-type solutions.” And, “Enterprise technology firms need to prepare to integrate predictive maintenance solutions into their offerings,” Bruegge suggested.

Here is a review of some specific experience with predictive maintenance systems that combine AI and IoT sensors.

Aircraft engine manufacturer Rolls-Royce is deploying predictive analytics to help reduce the amount of carbon its engines produce, while also optimizing maintenance to help customers keep planes in the air longer, according to a recent account in CIO.

Rolls-Royce built an Intelligent Engine platform to monitor engine flight, gathering data on weather conditions and how pilots are flying. Machine learning is applied to the data to customize maintenance regimes for individual engines.

“We’re tailoring our maintenance regimes to make sure that we’re optimizing for the life an engine has, not the life the manual says it should have,” stated Stuart Hughes, chief information and digital officer at Rolls-Royce. “It’s truly variable service, looking at each engine as an individual engine.”

Customers are seeing less service interruption. “Rolls-Royce has been monitoring engines and charging per hour for at least 20 years,” Hughes stated. “That part of the business isn’t new. But as we’ve evolved, we’ve begun to treat the engine as a singular engine. It’s much more about the personalization of that engine.”

Predictive analytics is being applied in healthcare as well as in the manufacturing industry. Kaiser Permanente, the integrated managed care consortium based in Oakland, Calif. Is using predictive analytics to identify non-intensive care unit (ICU) patients at risk of rapid deterioration.

While non-ICU patients that require unexpected transfers to the ICU constitute less than 4% of the total hospital population, they account for 20% of all hospital deaths, according to Dr. Gabriel Escobar, research scientist, Division of Research, and regional director, Hospital Operations Research, Kaiser Permanente Northern California.

“The AAM system synthesizes and analyzes vital statistics, lab results, and other variables to generate hourly deterioration risk scores for adult hospital patients in the medical-surgical and transitional care units,” stated Dick Daniels, executive vice president and CIO of Kaiser Permanente in the CIO account. “Remote hospital teams evaluate the risk scores every hour and notify rapid response teams in the hospital when potential deterioration is detected. The rapid response team conducts bedside evaluation of the patient and calibrates the course treatment with the hospitalist.”

In advice to other practitioners, Daniels recommended a focus on how the tool will be fit into the workflow of health care teams. “It took us about five years to perform the initial mapping of the electronic medical record backend and develop the predictive models,” Daniels stated. “It then took us another two to three years to transition these models into a live web services application that could be used operationally.”

In an example from the food industry, a PepsiCo Frito-Lay plant in Fayetteville, Tenn. is using predictive maintenance successfully, with year-to-date equipment downtime at 0.75% and unplanned downtime at 2.88%, according to Carlos Calloway, the site’s reliability engineering manager, in an account in PlantServices.

Examples of monitoring include: vibration readings confirmed by ultrasound helped to prevent a PC combustion blower motor from failing and shutting down the whole potato chip department; infrared analysis of the main pole for the plant’s GES automated warehouse detected a hot fuse holder, which helped to avoid a shutdown of the entire warehouse; and increased acid levels were detected in oil samples from a baked extruder gearbox, indicating oil degradation, which enabled prevention of a shutdown of Cheetos Puffs production.

The Frito-Lay plant produces more than 150 million pounds of product per year, including Lays, Ruffles, Cheetos, Doritos, Fritos, and Tostitos.

The types of monitoring include vibration analysis, used on mechanical applications, which is processed with the help of a third-party company which sends alerts to the plant for investigation and resolution. Another service partner performs quarterly vibration monitoring on selected equipment. All motor control center rooms and electrical panels are monitored with quarterly infrared analysis, which is also used on electrical equipment, some rotating equipment, and heat exchangers. In addition, the plant has done ultrasonic monitoring for more than 15 years, and it is “kind of like the pride and joy of our site from a predictive standpoint,” stated Calloway.

The plan has a number of products in place from UE Systems of Elmsford, NY, supplier of ultrasonic instruments, hardware and software, and training for predictive maintenance.

Bearings, which wear over time under varying conditions of weather and temperature in the case of automobiles, are a leading candidate for IoT monitoring and predictive maintenance with AI. The Noranda Alumina plant in Gramercy, La. is finding a big payoff from its investment in a system to improve the lubrication of bearings in its production equipment.

The system has resulted in a 60% decline in bearing changes in the second year of using the new lubrication system, translating to some $900,000 in savings on bearings that did not need to be replaced and avoided downtime.

“Four hours of downtime is about $1 million dollars’ worth of lost production,” stated Russell Goodwin, a reliability engineer and millwright instructor at Noranda Alumina, in the PlantServices account, which was based on presentations at the Leading Reliability 2021 event.

The Noranda Alumina plant is the only alumina plant operating in the US. “If we shut down, you’ll need to import it,” stated Goodwin. The plant experiences pervasive dust, dirt, and caustic substances, which complicate efforts at improved reliability and maintenance practices.

Noranda Alumina tracks all motors and gearboxes at 1,500 rpm and higher with vibration readings, and most below 1,500 with ultrasound. Ultrasonic monitoring, of sound in ranges beyond human hearing, was introduced to the plant after Goodwin joined the company in 2019. At the time, grease monitoring had room for improvement. “If grease was not visibly coming out of the seal, the mechanical supervisor did not count the round as complete,” stated Goodwin.

After introducing automation, the greasing system has improved dramatically, he stated. The system was also able to detect bearings in a belt whose bearings were wearing out too quickly due to contamination. “Tool-enabled tracking helped to prove that it wasn’t improper greasing, but rather the bearing was made improperly,” stated Goodwin.

Read the source articles and information in  IoT Analytics, in CIO and in PlantServices.