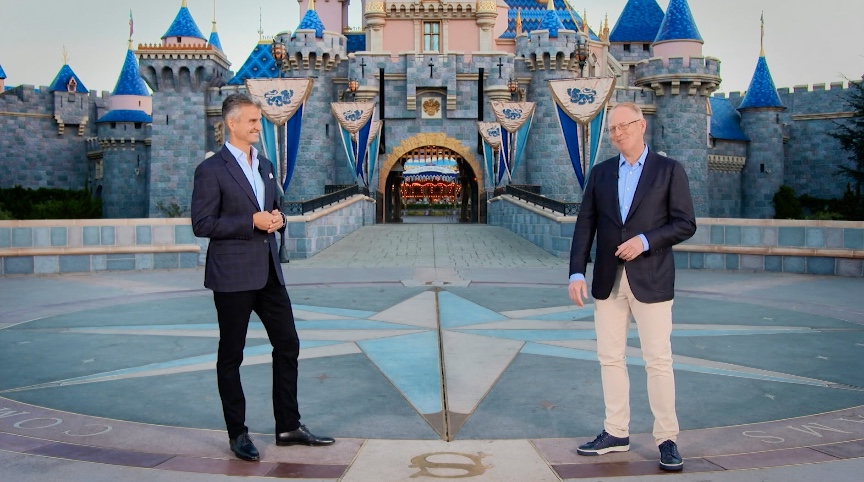 Amazon, for the first time, is making another voice assistant available on Echo devices. The company at its fall event today announced a new voice assistant, “Hey, Disney,” developed by Disney and built on top of Alexa technology. The assistant will have its own unique voice and over 1,000 custom interactions for fans to explore, many of which will include authentic character voices and original recordings from Disney’s vast library. Consumers will be able to use “Hey, Disney” at home, and in large-scale partnership, Alexa devices featuring additional “Hey, Disney” capabilities will also be installed across Disney World Resort hotels in Orlando starting next year.

At launch, “Hey, Disney” will offer a variety of experiences for Disney fans, including jokes, interactive trivia, greetings from favorite Disney characters, and access to audio environments called “soundscapes,” which are inspired by Disney films. As users play with the new features, they’ll hear from favorite characters from Disney, Pixar, Marvel, Star Wars, and more. Meanwhile, the experience as a whole will be guided by something called the “Disney Magical Companion.”

This companion is basically Disney’s version of Alexa, as it’s a custom voice that Disney itself developed to guide users through the new experience. While the companion’s voice has not yet been revealed, we understand that Disney used a real voice actor to create the sound, and the voice will be “male-sounding.” (Mickey perhaps?) 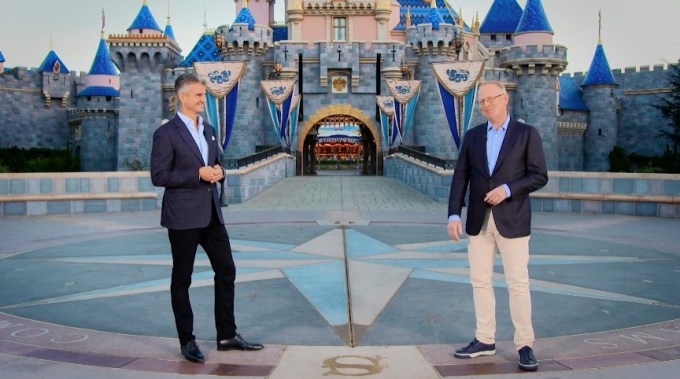 Starting next year, guests staying at Walt Disney World Resort hotels will find an Echo Show 5 in their rooms, which they can use to access the “Hey, Disney” experience. In this case, the assistant can answer the more specific questions a visitor may have, like what time the park opens, the fastest route to the park, or where to get a meal. Or they can use the assistant to make specific guest service requests — like ordering extra towels or food from room service. Favorite Disney characters will also be able to play personalized messages for the guests throughout the day.

Amazon worked with Disney on the new voice assistant, following the launch of the Alexa Custom Assistant technology announced earlier this year. This solution allows device makers and service providers to create their own intelligent assistants tailored to their brand’s personality and customer needs. While automaker Fiat Chrysler Automobiles was the first Alexa Custom Assistant customer, Disney’s is the first assistant that runs directly on Amazon’s own Echo devices. This solution is what allowed Disney to give its assistant its own wake word (“Hey, Disney”), distinct voice, and personality. It also connects customers to an exclusive library of interactions, most of which are only available after you first launch “Hey, Disney.” 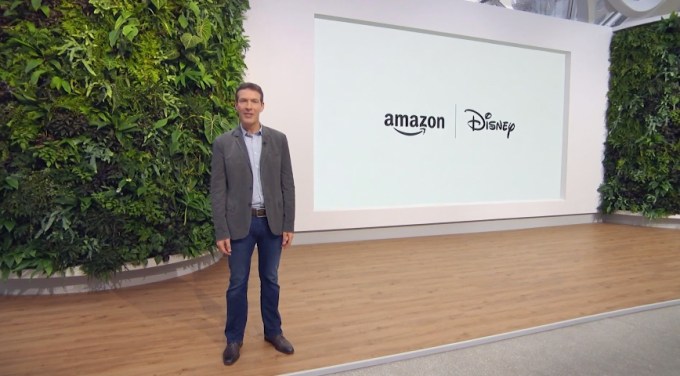 There may be a few interactions that can be handed off from one assistant to another, Amazon notes. For instance, if someone tries to silence an alarm by saying “Hey, Disney, stop the alarm,” the Echo may respond appropriately — even though alarms are generally an Alexa function. However, beyond a few simple use cases, most of the Disney interactions will need to be directed by Disney’s own assistant.

The partnership on the Alexa deployment is also another major aspect of this new agreement between the two companies.

Amazon had announced its Alexa for Hospitality platform back in 2018, which has been adopted by Marriott as well as LEGOLAND Parks. But Disney’s agreement represents a huge step forward for Alexa for Hospitality, as it encompasses thousands of rooms across the Walt Disney World Resort hotels in Orlando.

Amazon told us the “Hey Disney” experience offered in the resorts will differ from the home experience, as guests will not be able to log into their personal Amazon accounts and Amazon doesn’t save the audio recordings for the in-room interactions. The in-home version of “Hey, Disney,” however, will adhere to the guidelines for other child-directed experiences running on Alexa. That means parental consent must first be granted, and customers can view and manage their voice recordings using the existing privacy dashboards and interfaces.