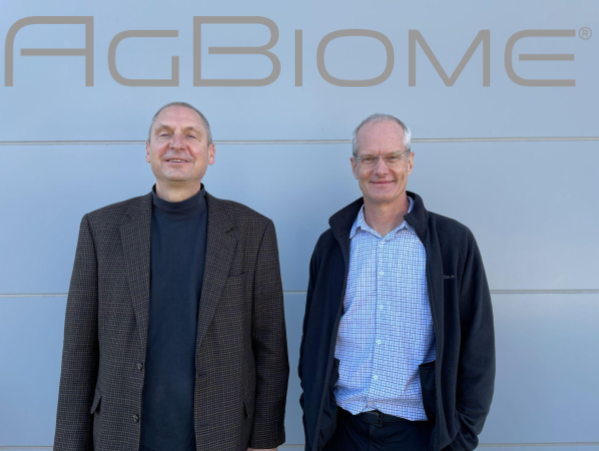 AgBiome, developing products from microbial communities, brought in a $116 million Series D round as the company prepares to pad its pipeline with new products.

The company, based in Research Triangle Park, N.C., was co-founded in 2012 by a group including co-CEOs Scott Uknes and Eric Ward, who have known each other for over 30 years. They created the Genesis discovery platform to capture diverse microbes for agricultural applications, like crop protection, and screen the strains for the best assays that would work for insect, disease and nematode control.

“The microbial world is immense,” said Uknes, who explained that there is estimated to be a trillion microbes, but only 1% have been discovered. The microbes already discovered are used by humans for things like pharmaceuticals, food and agriculture. AgBiome built its database in Genesis to house over 100,000 microbes and every genome in every microbe was sequenced into hundreds of strains.

The company randomly selects strains and looks for the best family of strains with a certain activity, like preventing fungus on strawberries, and creates the product. 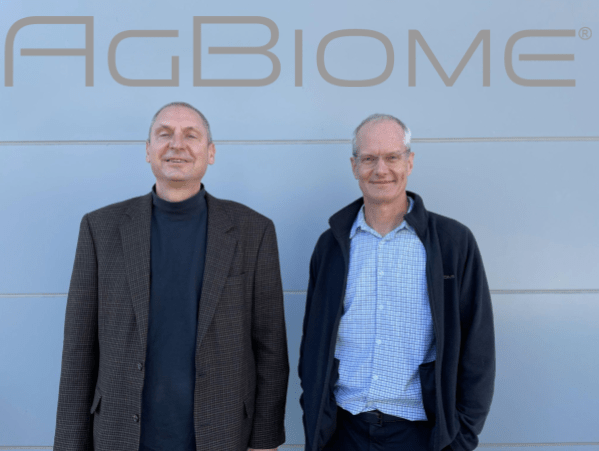 Due to its safer formula, Howler can be used as the last spray in the program, and its differentiator is a shorter re-entry period — farmers can spray in the morning and be able to go back out in the field in the afternoon. It also has a shorter pre-harvest time of four hours after application. Other fungicides on the market today require seven days before re-entry and pre-harvest, Uknes explained.

AgBiome aims to add a second fungicide product, Theia, in early 2022, while a third, Esendo was submitted for Environmental Protection Agency registration. Uknes expects to have 11 products, also expanding into insecticides and herbicides, by 2025.

The oversubscribed Series D round was co-led by Blue Horizon and Novalis LifeSciences and included multiple new and existing investors. The latest investment gives AgBiome over $200 million in total funding to date. The company’s last funding round was a $65 million Series C raised in 2018.

While competitors in synthetic biology often sell their companies to someone who can manufacture their products, Uknes said AgBiome decided to manufacture and commercialize the products itself, something he is proud of his team for being able to do.

“We want to feed the world responsibly, and these products have the ability to substitute for synthetic chemicals and provide growers a way to protect their crops, especially as consumers want natural, sustainable tools,” he added.

The company has grown to over 100 employees and will use the new funding to accelerate production of its two new products, building out its manufacturing capacity in North America and expanding its footprint internationally. Uknes anticipates growing its employee headcount to 300 in the next five years.

AgBiome anticipates rolling up some smaller companies that have a product in production to expand its pipeline in addition to its organic growth. As a result, Uknes said he was particular about the kind of investment partners that would work best toward that goal.

Przemek Obloj, managing partner at Blue Horizon, was introduced to the company by existing investors. His firm has an impact fund focused on the future of food and began investing in alternative proteins in 2016 before expanding that to delivery systems in agriculture technology, he said.

Obloj said AgBiome is operating in a $60 billion market where the problems include products that put toxic chemicals into the ground that end up in water systems. While the solution would be to not do that, not doing that would mean produce doesn’t grow as well, he added.

The change in technology in agriculture is enabling Uknes and Ward to do something that wasn’t possible 10 years ago because there was not enough compute or storage power to discover and sequence microbes.

“We don’t want to pollute the Earth, but we have to find a way to feed 9 billion people by 2050,” Obloj said. “With AgBiome, there is an alternative way to protect crops than by polluting the Earth or having health risks.”