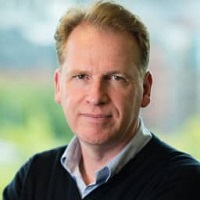 Nearly 100% of AI-accelerator chips are from Nvidia today, and the company cofounded in 1993 by CEO Jensen Huang is working hard to maintain its lead position in AI processing.

Still, the AI landscape now includes many companies engaged in efforts to build the next generation of AI chips, capable of processing ever-increasing workloads in data centers and handling more processing pushing out to edge computers.

That Nvidia is in a dominant position today in the AI chip market is not in dispute. Its graphic processing unit (GPU) chips were deployed in 2019 in over 97% of AI accelerator instances of hardware used to boost processing speeds, at AWS, Google, Alibaba, and Azure, the top four cloud providers, according to a recent account in Wired UK.

Nvidia commands “nearly 100%” of the market for training AI algorithms, stated Karl Freund, analyst at Cambrian AI Research. Nearly 70% of the top 500 supercomputers use its GPUs and AI milestones such as the GPT-3 large language model form OpenAI and DeepMind’s board game champion AlphaGo have executed on Nvidia hardware.

Yet with AI very much in the mainstream with more businesses using it to churn through their data for new insights, and governments budgeting money for research to stay ahead, challengers are competing to catch up. They include: Google, which started making its own chips in 2015; Amazon, which last year began fielding Alexa on its own Inferentia chips based on the acquisition of Annapurna Labs in 2016; Qualcomm with its Cloud AI 100; and IBM working on an energy-efficient design.

In addition, AMD acquired Xilinx for AI data center work, and Intel has bought startups Nervana Systems in 2016 and Habana Labs in 2019 to boost its AI chip efforts. Startups engaged in the race include Graphcore, SambaNova, Cerebras, Mythic AI, Blaize and TensTorrent, according to the UK Wired account.

Google’s announcement in May 2016 at its I/O conference of Tensor Processing Units changed the game, alerting investors that AI chips might be a market. The Google TPU is an AI accelerator application-specific integrated circuit (ASIC) developed for neural network machine learning, and in particular, Google’s own TensorFlow software. The company had been using them internally for over a year before the May 2016 announcement.

Andrew Feldman, founder and CEO of Cerebras Systems, making a chip designed for AI, stated that Google’s effort to make its own AI chip was a “swashbuckling strategic decision.” The announcement raised the awareness of investors, who had been less than responsive to startups looking to build new AI chips. Simon Knowles, cofounder and CTO of Graphcore, a Briston, UK startup which makes the Intelligent Processing Unit for AI, stated, “Suddenly all the VCs were like, where are those crazy Brits?” Graphcore has now raised $682 million and Cerebras has raised $122 million to date, according to Crunchbase.

The rivals argue that with its roots in gaming software designed for graphics instead of machine learning, Nvidia has achieved market dominance by effective optimization of its software. “NVIDIA has done a fabulous job hiding the complexity of a GPU,” stated Graphcore co-founder and CEO Nigel Toon. “It works because of the software libraries they’ve created, the frameworks and the optimizations that allow the complexity to be hidden. It’s a really heavy lifting job that Nvidia has undertaken there.”

Nvidia CEO and cofounder Jensen Huang pushed back on this line of thinking in a recent interview in Time, in which he stated, “We always started as a computing company. It just turned out that our first killer app was video games.” They made a projection that the 3-D graphics market was going to be large and technically demanding. “Video games were one of the best strategic decisions we ever made,” he stated.

AI turned out to be a good market too. “We’re in the process of automating intelligence so that we can augment ours,” Huang stated. “And we can automate intelligence to operate at the speed of light, and because of computers, we can automate intelligence and scale it out globally instantaneously. Every single one of the large industries will be revolutionized because of it. When you talk about the smartphone, it completely revolutionized the phone industry. We’re about to see the same thing happen to agriculture, to food production, to health care, to manufacturing, to logistics, to customer care, to transportation.”

In transportation, Nvidia sees opportunity in the automotive industry. “The car industry could start thinking about their cars not as vehicles that they sell, but as part of their fleet and their installed base,” Huang stated to Time. “They could provide software services over the course of the 15, 20 years that these cars are on the road. So the business model is transformed.”

The investment community certainly sees Nvidia as a good investment today. A recent account from Nasdaq written by analysts at The Motley Fool, a financial advice company, is headlined, “Why Nvidia is a Top Growth Stock to Buy Right Now.”

Among the reasons was the strength in its core video gaming graphics and data center markets. The company’s recent earnings exceeded expectations, with Q2 revenue increasing 68% from the previous year to $6.51 billion. The gaming segment contributed 47% of total revenue, on the strength of the Ampere GPUs, and Nvidia controls 80% of the PC gaming hardware market.

Meanwhile, the growth in cloud computing is helping Nvidia’s data center business. “The business’s strong growth was driven by the increasing adoption of its data center chips by hyperscale and cloud computing customers,” which include Google, Amazon, and Microsoft, stated the Motley Fool analysts.

Nvidia’s automotive business saw $152 million in revenue in Q2, a 37% increase over last year despite a slowing in the auto industry. The analysts report that Nvidia has $8 billion invested in automotive designs that it will be looking to translate into revenue in the coming years. “Nvidia could soon count on another growth driver,” the account stated.

Read the source articles and information in Wired UK, in Time and from Nasdaq.