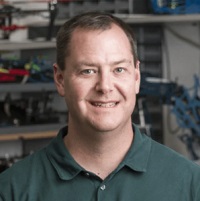 What do you get when you combine 5G and AI with advanced drone development?

One answer is from Qualcomm’s recent launch of its Flight RB5 5G Platform, a reference drone containing computing at lower power with AI, 5G, and long-range Wi-Fi 6 connectivity.

According to the company in a press release, the drone and reference design contains “enhanced autonomy and intelligence features” powered by the Qualcomm QRB5165 processor. Announced in June 2020, the QRB5165 processor is customized for robotics applications and is coupled with the Qualcomm AI Engine, which delivers 15 trillion operations per second (Tops) of AI performance. This allows it to run complex AI and deep learning workloads, and on-device machine learning and accurate edge inferencing while using lower power, according to a Qualcomm product description.

The WiFi 6 is capable of a maximum throughput speed of 9.6 Gps, compared to 3.5 Gps on WiFi 5 and 600Mbps on WiFi4. The 5G network enables connections with machines, objects, and devices at speeds up to 100 times faster than 4G. Downloading a high-definition film over a 4G network, for example, can take 50 minutes on average, while on 5G, it takes nine minutes, according to a summary from the Thales Group.

This technology is said to allow the new RB5 5G drone to fly beyond the usual line-of-sight, which Qualcomm said would “support safer and more reliable flights over long distances.”

According to the company, this new RB5 5G platform and reference design will support new drone use cases in sectors including film and entertainment, security and emergency response, delivery, defense, inspection, and mapping.

Qualcomm is working with Verizon to complete network testing for the Verizon 5G platform in the US, with the 5G mmWave platform set to be offered through the Verizon Thingspace Marketplace.

Globally, Qualcomm is offering the reference design for presale now, with the Qualcomm Flight RB5 5G drone development kit expected to be made available in the fourth quarter of 2021.

“5G is a game changer for autonomous drones,” states a blog post on the website of Modal AI, which partnered with Qualcomm on the Flight RB5 5G platform. Modal AI offers design services and computing platforms for aerial and ground autonomous navigation systems that communicate on 4G and 5G cellular networks.

Based in San Diego, the company spun out of Qualcomm in 2018. Cofounder Chad Sweet was lead engineer for Qualcomm’s robotics R&D effort, which led to the creation of drone and robotic products lines.

5G ensures that a drone’s camera feeds seamlessly updates on the pilot’s ground control system in real time, sending the pilot an accurate view of where the drone is.

New applications can include 5G-enabled delivery for medical equipment such as COVID tests to affected communities safely by limiting human to human contact, reducing the spread of inspections. Or, search and rescue drones can report data and area visuals in real time at little to no latency, increasing the speed and efficiency of search and rescue missions.

Investments in 5G and autonomous drones from major companies are on the rise. Uber Eats, Amazon, and UPS have invested in their own fleets of autonomous drones. Network carriers Verizon, AT&T, and T-Mobile are promoting their own private 5G networks and are testing for drone compatibility.

“Autonomous flight on the 5G network is here now—extending the flight path of drones to increase the value of a broad set of inspection capabilities,” stated Sweet, CEO of ModalAI, in a press release from the company. “Better yet, the platform is open to everyone. Together, ModalAI and Qualcomm Technologies are advancing the adoption and commercialization of drone technology.”

New applications for 5G drones include unmanned traffic management systems (UTMs), according to a blog post from UAV Coach, which offers drone training to its community of 75,000 drone pilots, The goal of UTMs is to create a system that can safely integrate drones into the air traffic already flying in low-altitude airspace, so that package delivery will not interfere with helicopter, airplanes, and other drones. UTM is being studied by NASA’s Ames Research Center, working with the FAA and over 100 partners across various industries.

In 2021, more than 873,000 drones, also called unmanned aircraft systems (UAS), are registered to fly in the US, and the numbers are increasing quickly.

Verizon has been focusing on the drone opportunity for its business for some time, as evidenced by its acquisition of drone fleet management software company Skyward in February 2017. Mariah Scott, president of Skyward, stated, “We knew early on that connectivity would be critical for drones to truly transform our world. And now 5G Ultra Wideband will usher in a new era in aviation, where we connect and integrate drones into the national airspace.”

Verizon announced 5G Ultra Wideband in April 2019, and committed to launch the services in 60 cities by the end of last year.

In an ambitious statement made at CES in 2019, Verizon CEO Hans Vestberg announced the company’s “commitment to be the first to connect 1 million drone flights to the 5G network.”

T-Mobile covered 270 million people with its low-band 5G network by the end of 2020, while Verizon covered 230 million and AT&T reached 225 million, according to an account in cnet.

Read the source articles and information in a press release and product description from Qualcomm, a blog post and press release on the website of ModalAI, in a blog post from UAV Coach and in an account in cnet.