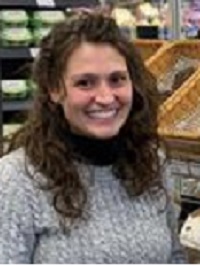 SoftBank has stopped production of its humanoid robot, named Pepper, and is downsizing its robotics staff from an acquisition in France.

Some observers saw that in putting a human-looking robot on the market, SoftBank suggested that the robot could display more human intelligence than it was actually capable of, creating unreasonable expectations.

Production of Pepper was stopped last year, according to a report from Reuters.

Pepper’s origins were at Aldebaran Robotics of Paris, which SoftBank had acquired in 2012. Founded in 2005, the company focused on producing humanoid robots.

The job cuts in France were first reported by the French business website Le Journal du Net; the broader restructuring was reported by Reuters for the first time. SoftBank is said to be eliminating about half of its 330 staff positions in France in September, according to Reuters.

Pepper’s experience in the real world was checkered. For example, the Scottish grocery chain Margiotta installed a Pepper in their flagship Edinburgh store, naming it Fabio, but it at times confused customers, some of whom would avoid it, according to a report from TechRepublic.

Fabio was a custom version of Pepper programmed by Heriot-Watt University researchers to be able to find certain product SKUs in the stores. It would also tell jokes or greet customers in a lively manner. The experiment was put together by the BBC for a series called Six Robots & Us, which looked at ways humans and robots interact.

“We thought a robot was a great addition to show the customers that we are always wanting to do something new and exciting,” stated Elena Margiotta, who helps to run the family grocery chain. However, Fabio had difficulty understanding questions it was asked due to noise in the store. It became clear to shoppers it was easier to ask a human employee. The chain decided to pull the plug when customers began actively avoiding the aisle where Fabio was located.

In another example, Pepper was deployed to a nursing home in Japan, in the hopes it would keep residents company and lead group activities such as sing-alongs and exercises. At first, the residents were excited to see their new robot companion, but the novelty wore off, states Masataka Lida, an executive at the parent company, Ittokai, according to an account in The Daily Star.

The SoftBank Hawks professional baseball team, owned by SoftBank, used 100 robot cheerleaders to entertain crowds during their games. But the sight of the massed androids had unexpected effects. “It reminded me of a military parade in North Korea or China,” stated baseball fan Hirofumi Miyato. “It felt creepy.”

Prof. Noel Sharkey, a professor of AI and Robotics at the University of Sheffield, England, was not sorry to see Pepper discontinued.

“Pepper did a lot to harm genuine robotics research by giving an often false impression of a bright cognitive being that could hold conversations,” he stated. “It was mostly remote-controlled, with a human conversing through its speakers. Deceiving the public in this way is dangerous and gives the wrong impression of the capabilities of AI in the real world,” he stated.

No Talking to Marty at Stop & Shop

Maybe having the robot not talk and not look so human is a better idea. In early 2018, Badger Technologies began a pilot robotics rollout with Ahold Delhaize USA Brands, owners of Stop & Shop and Giant supermarkets, according to an account in AI Trends.

Marty rolls around the store looking for spills with its three cameras. Marty does not talk or tell jokes. Unlike Alexa, who many children in the store undoubtedly interact with at home, Marty will not respond.

The AI in Marty is concentrated on the machine vision and the collision-avoidance navigation features, according to Tim Rowland, CEO of Badger Technologies, makers of Marty. After trials, Badger rolled out 500 multi-purpose robots into Stop & Shop and Giant/Martin’s grocery stores on the East Coast over the course of 2019. Each Marty is equipped with navigation systems, high-resolution cameras, many sensors and its software systems.

A primary design goal for Marty was to travel safely in the stores. “We were one of the first to introduce a robot into such a public setting,” Rowland said. “We would rather be working in a warehouse than out in the middle of many shoppers, so the primary goal was to operate safely with a lot of foot traffic around and to not bump into anything.”

The early version of Marty had a tablet computer mounted on the side that the robot designers thought could help customers locate products, and essentially open the door to customers communicating directly with the supermarket robot. But the timing was not right, and that plan was shelved. “The early conclusion was that it distracted it from the main job,” Rowland said. “A future application could be verbal; that makes sense. It could be a future requirement.”

Perhaps Marty could coach Pepper on how it’s done, if the two should ever meet.

Read the source articles and information from Reuters, in TechRepublic, in The Daily Star and in AI Trends.