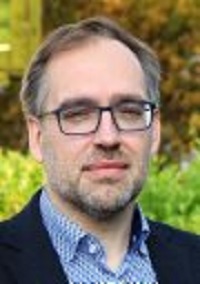 AI is at the center of efforts to clean up space junk—objects in space that no longer serve a purpose and pose risk of collisions with satellites and spacecrafts—from funding from the European Space Agency, to projects involving big tech firms to startup efforts. Here is a review of what’s happening.

The European Space Operations Centre (ESOC) in Darmstadt, Germany, is operating an AI-driven space debris-dodging system. Team members conduct avoidance maneuvers with one of their 20 low Earth orbit satellites, according to Holger Krag, the Head of Space Safety at the European Space Agency (ESA), as reported recently in Space.com. The comments came at a news conference organized by ESA during the recent 8th European Space Debris Conference held virtually from Darmstadt Germany.

Close encounters in space are becoming more frequent, requiring a multi-disciplinary team to be on call, 24/7 for days at a time in some cases.

“Every collision avoidance maneuver is a nuisance,” stated Krag. “Not only because of fuel consumption, but also because of the preparation that goes into it. We have to book ground-station passes, which costs money, sometimes we even have to switch off the acquisition of scientific data. We have to have an expert team available round the clock.”

Companies including SpaceX, OneWeb and Amazon are building mega constellations of thousands of satellites, lofting more spacecraft into orbit in a single month than used to be launched within an entire year a few years ago. This increased space traffic is causing concerns among space debris experts. ESA reported that nearly half of the conjunction alerts currently monitored by the agency’s operators involve small satellites and constellation spacecraft.

The ESA reached out to the global AI community to help develop a system that could address space debris in a more autonomous way, reducing the burden on experts on the ground.

“We made a large historic data set of past conjunction warnings available to a global expert community and tasked them to use AI to predict the evolution of a collision risk of each alert over the three days following the alert,” stated Rolf Densing, Director of ESA Operations, at the news conference.

“The results are not yet perfect, but in many cases, AI was able to replicate the decision process and correctly identify in which cases we had to conduct the collision avoidance maneuver,” he reported.

The agency will explore newer approaches to AI development, such as deep learning and neural networks, to improve the accuracy of the algorithms, stated Tim Flohrer, the Head of ESA’s Space Debris Office, to Space.com.

“The standard AI algorithms are trained on huge data sets,” Flohrer stated. “But the cases when we had actually conducted maneuvers are not so many in AI terms. In the next phase, we will look more closely into specialized AI approaches that can work with smaller data sets.”

The AI assistance today is alerting the ground-based teams as they monitor each alert of a potential collision course. The next step would be to add more automation to the execution of avoidance maneuvers, which today need to be undertaken by a human operator.

“So far, we have automated everything that would require an expert brain to be awake 24/7 to respond to and follow up the collision alerts,” stated Krag. “Making the ultimate decision whether to conduct the avoidance maneuver or not is the most complex part to be automated, and we hope to find a solution to this problem within the next few years.”

A new project between IT services firm Fujitsu UK, the University of Glasgow, Amazon Web Services and startup Astroscale UK aims to better-enable the removal of space junk.

The project aims to allow a junk removal spacecraft to efficiently select pieces of space debris, and plan a path to intercept it, at a rate much faster than is currently possible, according to an account in Digit. The project came together after a funding boost from the UK Space Agency to research the cleanup of space debris.

Fujitsu is incorporating its Digital Annealer, an architecture that emulates the qubits of quantum computers in a digital circuit. This enables faster processing at room temperatures, instead of the extremely cold temperatures required today by quantum computers. The Annealer is said to help to determine an “optimal route” to collect the debris, saving time and, in turn, improving commercial viability.

“The University of Glasgow has been involved in this project from the very outset—developing the trajectory models needed to effectively remove space debris, as well as estimating the cost of the transfers,” stated Dr. Matteo Ceriotti, a Glasgow Uni Space Systems Engineering Lecturer. “The university has a long history of expertise in space trajectory design and optimization. We were keen to be at the forefront.”

As part of the project led by Fujitsu, Scottish startup Skyrora is developing a ‘space tug’ to help clean up space junk The Orbit Transfer Vehicle aims to clear debris and remove defunct satellites from orbit. Based in Edinburgh, Skyrora was founded in 2017.

Ellen Devereux, Digital Annealer Consultant at Fujitsu UK & Ireland, stated, “What we have learned over the course of the last six months, is that this technology has huge implications for optimization in space; not only when it comes to cleaning up debris, but also in-orbit servicing and more. Now we better understand its potential, we can’t wait to see the technology applied during a future mission.”

The  ESA has contracted with the Swiss startup ClearSpace to develop a robot space cleaner that would ‘snare’ large items of space debris and move them closer to the Earth’s atmosphere, where they would burn up, according to an account in CityAM.

ClearSpace recently closed on $4.3 million in funding from multiple investors for the project, called ClearSpace-1, with a mission scheduled for 2025.

“This is a decisive step in a great adventure, and we are very happy to be able to count on the support of such great partners,” stated Luc Piguet, cofounder and CEO of ClearSpace, in a press release.

Res Witschi, delegate for sustainable digitization for Swisscom, one of the investors, stated, “We are convinced that space debris removal plays a crucial role in enabling sustainable access to space and operations of satellite constellations. We are proud to be supporting ClearSpace on its journey to enable sustainable space operations.”

Spacecraft engineer Fabrizio Boer outlined in a CityAM account he authored ideas for a spacecraft that would use AI to track and search for space junk, and pull it into itself where it would be destroyed. The Space Debris-fed Spacecraft (DefeS), as it would be named, would ‘swallow’ space junk into an incinerator where it would be vaporized by several robotic-arm-driven lasers. The vapor produced would be used to power the spacecraft thrust.

“The concept of creating a laboratory within an autonomous AI-powered spacecraft, where a laser can be used safely, is novel,” stated Boer, adding, “Artificial intelligence must drive the operations if continuous debris removal is going to succeed.“

Read the source articles and information in Space.com, in Digit, in a press release from ClearSpace and in CityAM.