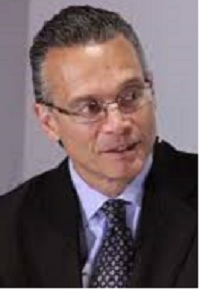 Twenty-seven years to the day from when he founded Amazon in 1994, Jeff Bezos last week stepped away as CEO and handed the reins to Andy Jassy, who has led Amazon Web Services (AWS) since its inception in 2003.

What this means for the future of AI at Amazon remains to be seen, but based on Jassy’s track record, AI is likely to become even more infused throughout the company’s operations, its service offerings via AWS, and its many initiatives.

Amazon is clicking as a business, surpassing $100 billion in quarterly sales for the first time in February. Its challenges are many: the company is being examined by antitrust regulators in the US and abroad; it is facing pressure from lawmakers who say it should focus on being a better corporate citizen; its employees routinely express grievances about working conditions and in some sites have pursued joining a labor union.

The site opened for business on July 16, 1995, with a homepage greeting users with the proclamation “Earth’s biggest bookstore,” with one million titles and low prices. Within a month, Amazon had sold books in every US state and 45 countries worldwide.

“I remember flying up to Seattle to visit the company in its offices at First Avenue, opposite a free needle clinic in a pretty seedy part of Seattle,” stated John Doerr, an early Amazon investor and chairman of venture firm Kleiner Perkins, in an account from CNBC. “We built these tables out of desk doors that we purchased from Home Depot. We went online with a very fast website and could deliver all the world’s books in a shorter period of time at better prices than anyone else in the world.”

Jassy joined Amazon as a marketing manager in 1997, shortly after graduating from Harvard Business School. He launched AWS as a separate business in 2006. He saw that providing infrastructure services on top of the Amazon cloud platform could be an opportunity. Jassy was named the division’s CEO in 2016.

“The man who wrote the business plan for AWS navigated the meteoric rise that has seen AWS grow into a $45 billion dollar company that throws off the vast majority of Amazon’s operating profits,” stated Dave Vellante, co-host of theCUBE, in an account in siliconAngle. “He gets deep into the technology. Anybody who’s seen his two- to three-hour keynotes knows he has a really fine grasp of the technology across the entire stack.”

Jassy has been motivated by using technology to create value for customers. “Jassy’s not a climber, as they call them in corporate America,” stated John Furrier, the other co-host of theCUBE. “He’s not a person looking for political gain, he’s not a territory taker. He’s a micromanager, he loves details and he likes to create customer value. That’s his focus.”

The growth of AWS has tracked with Jassy’s understanding of the company’s business approach. “When you applied the Amazon shipping concept to cloud computing, it was completely disrupted,” stated Furrier. “They were shipping code and services faster, and that became their innovation strategy. They out-announced their competition by a huge margin, they introduced services faster.”

The growth in AWS has been dramatic, with the unit generating $45 billion in revenue in 2020, compared to $26 billion from Microsoft Azure and $6 billion from Google Cloud, according to Vellante, who is a former senior vice president at IDC, the computer analyst company based in Framingham, Mass. Some are speculating that Amazon might spin off the AWS business, but Vellante does not think so.

“I think it’s less likely. If you think about Amazon getting into groceries or healthcare or financial services and the IoT opportunity, they can bring in the cloud, data and AI and go attack these new industries. I would think Jassy of all people would want to keep this thing together,” Vellante stated.

Jassy’s path to CEO is similar to that of Microsoft CEO Satya Nadella, who had run the company’s Azure cloud business. At the Goldman Sachs Technology and Internet Conference held in February, Jassy said he does not agree with the notion that the company suppresses competition when it moves into a new business area, according to an account in CRN.

“There’s this folklore mythology around if Amazon launches a business in a certain area, it means that all the other businesses in those areas are not going to be as successful,” Jassy stated. “I just haven’t seen it.”

The only two significant industries that Amazon has “disrupted,” according to Jassy, are retail with Amazon.com, and technology infrastructure with AWS. He made the remarks in a context of federal and state regulators conducting antitrust probes to determine whether Amazon and other technology giants stifle competition and innovation.

“In both cases, they were models that were pretty antiquated, and customers weren’t so happy with those models, and somebody was going to end up reinventing them,” stated Jassy. “It turned out to be us.”

In a comment about his vision for the future of AI, Jassy spoke of the industry’s need for more qualified talent. “Today, there just aren’t that many machine learning and AI expert practitioners out there, and a lot of them that exist live (inside) of the big technology companies,” Jassy stated. “Collectively, more and more are getting educated, but it’s part of why in AWS, a lot of the services and capabilities we’re building there are to enable more companies to take advantage of that promise.”

In 20 years of working with the technology, Amazon has now extended AI and machine learning everywhere in the business. Product recommendations on the Amazon.com retail website are fueled by AI/ML, as are the “pick paths” used in Amazon distribution centers to find products and fulfill customer orders. Other areas include Amazon’s Alexa virtual assistant, Prime Air drone initiative and its Amazon Go convenience stores.

“It’s deeply embedded in all of our businesses and all of our capabilities, and yet we still have tons more ideas,” Jassy stated. “We see it as kind of being three macro layers of stack.”

The bottom layer he described as for expert machine learning practitioners—“of which there aren’t that many in the world”—who are comfortable building their own models, writing the algorithms and training and deploying the models. “And you have to keep running those models over and over again, or they become stale,” Jassy stated. “We provide lots of ways to use all the popular frameworks, and we build chips to make it faster to do training and to do inference and predictions.”

In the middle layer of the stack, Amazon has made AI/ML more accessible to developers with for example SageMaker, the fully-managed ML service, which enables developers and data scientists to more easily build, train, and deploy ML models. “Intuit now trains their fraud models in less than a week, when it used to take them six months,” Jassy stated. “These are big differences in what you can do. “

The top layer of the stack is for customers who want to plug into a pre-built AWS model and get answers through application programming interface calls. Applications such as turning text to speech and translating it into different languages can be enabled this way for example.

“Those are those services at a top layer that companies are really hungry to just plug into models from companies that are doing it in scale and have that data,” Jassy stated.

Let’s see where AI at Amazon goes from here, with the creator of AWS running the show.

Read the source articles and information from CNBC, in siliconAngle and in CRN.