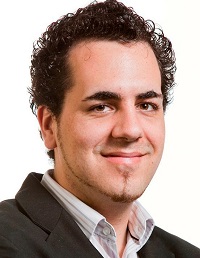 The move to help people get more control over their personal data—especially the less wealthy—which for years has been a key focus of Dr. Alex Pentland, Professor of Media Arts and Sciences at MIT, still has a way to go, but it is moving along.

“The big problem for data and AI is trust,” stated Dr. Pentland, speaking at the virtual AI World Executive Summit held this week. “The fundamental problem for the infrastructure out there right now, is that it’s in too few hands. We need a new deal on data.”

Dr. Pentland wrote a paper with that title, Toward a New Deal on Data, over 10 years ago. Since then, the European Commission has put the GDPR into effect and the state of California has built on that to put its own data privacy law into effect. “GDPR is a start, but only a start. The California law is a little better, but it needs to go quite a bit further,” Pentland said.

It’s all about the data when it comes to AI, he suggested. “AI to me is just patterns in data; if you control the data, you control the AI,” he said, adding his view that tools are needed for digital identity and ownership rights.

“Ownership rights give you the ability to know what’s happening and have some control over it,” he said. Comparing today’s state of data ownership to banks in the 1870s, he said, “Farmers thought banks were raking them over the coals, so they formed their own cooperatives.” Those evolved into credit unions and small banks, which were effective for years in serving their founders.

He also compared it to the labor movement, which formed from 1900 to 1920, when unions got some rights and were backed by the government, resulting in workers getting better wages and benefits. “Now we need to do the same thing with data,” Pentland said.

As an example, aggregate data on a community can show diversity of  income, where people work, shop, and play, and the state of their health. “This predictor is so strong that it can predict sales for stories that don’t exist,” such as whether a neighborhood could support a grocery store. “Diversity of experience and people creates opportunity and attracts additional investment,” which leads to overall growth, he said.

Recent books by Dr. Pentland on this topic include Building the New Economy from MIT Press, and Trusted Data, Revised and Expanded Edition from MIT Press.

Efforts to bring this evolution about are happening.

For example, Fidelity Investments in February 2020 spun off Akoya, in partnership with 11 banks and Clearing House Payments Co., which handles $2 trillion in daily payments through wire transfers, checks, and other methods, according to a report in The Boston Globe.

The intent is to enable data sharing between consumers and banks, brokers and advisors. Consumers would provide permission for which data to share with specific apps consumers want to use.

The participating banks include Bank of America, Capital One, Citigroup, JPMorgan Chase, TD Bank, and Wells Fargo—all members of Clearing House. “This is a major step forward in giving consumers control of their data and allowing them to share that data securely with third-party applications they want to use,” stated Michael Corbat, then CEO of Citigroup and chairman of Clearing House. [Ed. Note: Corbat has since been replaced.]

Swiss Post, the state-owned private limited company which acts as Switzerland’s national postal service, recently acquired Tresorit, a Swiss-Hungarian startup that was a European pioneer in end-to-end encrypted cloud services, according to an account in TechCrunch.

The plan is to develop privacy-friendly and secure digital services that enable customers and businesses to exchange information while keeping their data secure and private. Tresorit will remain an independent company within Swiss Post Group, continuing to serve global customers.

Founded in 2011, Tresorit sells “ultra-secure” cloud services—such as storage, file syncing and collaboration—targeting business users. Called “zero access,” the architecture does not allow Tresorit to decrypt customer data because it does not hold the encryption keys.

“From the very beginning, our mission has been to empower everyone to stay in control of their digital valuables,” stated Istvan Lam, co-founder and CEO of Tresorit, in a press release. “We are proud to have found a partner in Swiss Post who shares our values on security and privacy and makes us even stronger. We are convinced that this collaboration strengthens both companies and opens up new opportunities for us and our customers.”

Invisibly recently went into beta testing on a platform to enable consumers to opt in and choose the data they wish to share, which can then be licensed to advertisers. The company aims to allow consumers to earn points for sharing data, which can be exchanged for money paid to the consumer directly, according to an account in MediaPost.

Founded in 2016 by Jim McKerlvey, Invisibly has raised $20.2 million, according to Crunchbase. McKelvey was the cofounder and director of Square, with Jack Dorsey, the cofounder of Twitter. He still sits on the Square board of directors.

In giving consumers the power to decide what data they share. “We will tell you how your eyeballs are being bought and sold, what information the world has about you and how it’s being monetized,” McKelvey stated in an account last year in Forbes.

And Invisibly aims to help consumers get paid for the data they share. “Advertisers and big tech have taken advantage of people’s data for far too long, and now it’s time people are fairly compensated for their data.” stated Dr. Don Vaughn Ph.D., Head of Product at Invisibly, in a recent email to AI Trends.

Among the company’s investors are Founders Fund, a venture capital firm whose founders include Peter Thiel, a cofounder of PayPal and Palantir Technologies. “At Founders Fund, we’re high conviction investors. We often wait a decade or more before backing a company we believe will fundamentally improve its industry. In aerospace, that company was SpaceX. In music, that company was Spotify. In the world of data control and ownership, that company is Invisibly.” stated Scott Nolan, a partner with Founders fund, in a statement on the Invisibly website.

Read the source articles and information in The Boston Globe, in TechCrunch, in MediaPost and in Forbes.

Recent books by Dr. Pentland on this topic include Building the New Economy from MIT Press, and Trusted Data, Revised and Expanded Edition from MIT Press.