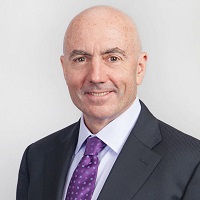 In a press release on JEDI cancellation, the DoD stated that it was terminating the procedures for the Joint Enterprise Defense Infrastructure (JEDI) Cloud solicitation. The reason given was that due to “evolving requirements” and “industry advances,” the JEDI Cloud contract “no longer meets” DoD needs. Also, “The Department continues to have unmet cloud capability gaps for enterprise-wide, commercial cloud services.”

The Pentagon faced extended legal challenges by Amazon to the original contract for $1 million in services awarded to Microsoft, according to an account from The Associated Press. Amazon argued that the Microsoft award was tainted by politics, particularly then-President Donald Trump’s antagonism toward Amazon founder, Jeff Bezos.

The Pentagon’s acting chief information officer, John Sherman, told reporters Tuesday that during the lengthy legal fight with Amazon, “the landscape has evolved” with new possibilities for large-scale cloud computing services. Thus, it was decided, he said, to start over and seek multiple vendors, according to the AP account.

Sherman said JEDI will be replaced by a new program called Joint Warfighter Cloud Capability, and that both Amazon and Microsoft “likely” will be awarded parts of the business, although neither was said to be guaranteed. Sherman said the three other large cloud service providers—Google, IBM and Oracle—may also qualify.

In response to the Pentagon statement, Microsoft posted a statement on its Official Blog from Toni Townes-Whitley, President, US Regulated Industries, which said in part, “We understand the DoD’s rationale, and we support them and every military member who needs the mission-critical 21st century technology JEDI would have provided. The DoD faced a difficult choice: Continue with what could be a years-long litigation battle or find another path forward.”

The decision to cancel, “Doesn’t change the DoD Inspector General’s finding that there was no evidence of interference in the procurement process,” Townes-Whitley stated. “What matters now is the way forward.”

While true the IG’s finding did not show evidence of White House interference in the contract award process, the review also said investigators could not fully review the matter because the White House would not allow free access to witnesses, according to the AP account.

Before Award in 2019, Amazon Had Been Seen as Frontrunner

The Pentagon’s decision to cancel the JEDI contract came days after the former head of Amazon’s cloud business, Andy Jassy, took over as CEO from Jeff Bezos. AWS was the first to offer cloud computing infrastructure as a service in 2008 and today is the acknowledged leader in cloud services according to Gartner and many other sources.

Amazon was widely assumed to be the frontrunner when the contract was awarded to Microsoft. Amazon sued to block the contract, arguing in part that the process was biased against Amazon because of former President Trump’s repeated criticisms of Bezos, who owns the Washington Post. For example, he called it, “The Amazon Washington Post.”

“For Microsoft, this went from a lottery deal to a court nightmare,” stated Daniel Ives, the managing director of equity research at Wedbush Securities, to The New York Times.

A federal court in April said it could not dismiss the possibility that Trump had interfered in the procurement, which set the stage for the Pentagon to walk away from the contract, the Times reported.

Drew Herdener, a spokesman for Amazon, stated to the Times, “We understand and agree with the DoD’s decision. Unfortunately, the contract award was not based on the merits of the proposals and instead was the result of outside influence that has no place in government procurement. We look forward to continuing to support the DoD’s modernization efforts and building solutions that help accomplish their critical missions.”

Cloud Services Have Advanced Since 2019

Observers of the Pentagon’s cloud computing effort saw the outcome as inevitable. “The problem with the JEDI program is that it was a little like trying to sell a hula hoop in the 1980s,” stated Mark Testoni, the chief executive of SAP National Security Services, to the Times. His unit sells to the military and intelligence agencies. “Everyone was already moving to the cloud. And between the political problems and the technology problems, the only choice was to start again.”

Now attention will turn to the Pentagon’s new procurement in this area, the Joint Warfighter Cloud Capability, or JWCC. For that, the Pentagon intends to go to more than one vendor and involve multiple awards, according to an account in Politico. The effort will be valued at “in the billions of dollars,” stated John Sherman, the Pentagon’s acting chief information officer.

Instead of launching an open competition, the Pentagon will solicit proposals directly from Microsoft and Amazon Web Services in mid-October, stated Sherman, noting that market research indicates those vendors are the only ones capable of meeting the department’s requirements. It’s likely that both Microsoft and Amazon will participate in the award in the end, he noted.

The department intends to make the awards by April of 2022. Those contracts, which will last no more than five years, will lay the groundwork for a follow-on plan for enterprise-level cloud computing, which will involve a full and open competition for a multi-cloud procurement as early as 2025, Sherman stated.

“Every day this waits, in my view as the acting CIO, is a day too long, but what we’ve laid out here we think is a clear path to get to the mission needs of our warfighters for what they require to do their mission,” Sherman stated. “If we’re talking about body armor, other protective gear, hypersonic weapons or whatever we need to win our future fight, so it goes for JWCC… that’s why we are moving out with alacrity here.”

Read the source articles and information in a DoD press release on JEDI cancellation, from The Associated Press, on Microsoft’s Official Blog, in The New York Times and from Politico.